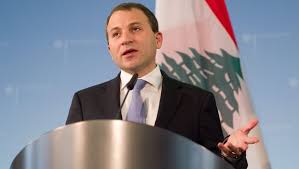 Lebanon was the only country apart from Iran that has condemned the resolution voted after the emergency meeting held by the Arab League and attended by foreign ministers of member countries.

Beirut and Baghdad abstained from voting, but the Lebanese foreign minister Gebran Bassil also protested against the resolution because it linked Hezbollah with terrorism and interference in Bahraini domestic affairs which, he said, stopped them from reaching a “common decision” with the league. Iran is a member of the Arab League.

The emergency meeting was requested by Riyadh following the storming of its embassy in Iran. Bassil said Lebanon came to the meeting to “express solidarity with Saudi Arabia” but stressed that “we rejected a statement linking Hezbollah to acts of terror” underlining that it is a political party “represented in the country’s parliament and government.” The Lebanese foreign minister highlighted that “this Lebanese stance is based on Lebanon’s interest in preserving the region’s stability and its domestic unity and stability” and demands the “removal of the expression for Lebanon’s position to be identical with the common decision.”

Hezbollah has close ties with Iran while Bahrain has on several occasions claimed the dismantling of terror cells linked to the latter and its security forces; the latest of which came on Wednesday when it announced the unveiling of another cell linked to Iran’s Revolutionary Guard and Lebanon’s Hezbollah. According to the statement from the Bahraini interior ministry, the “terror” cell was planning a“series of dangerous bombings.”

The Saudi-Iran diplomatic row influences the Lebanese political arena because major political parties are divided into two camps backed by either Saudi Arabia or Iran while the stalemate for the election of a president clocks 20months and 34 unsuccessful attempts.