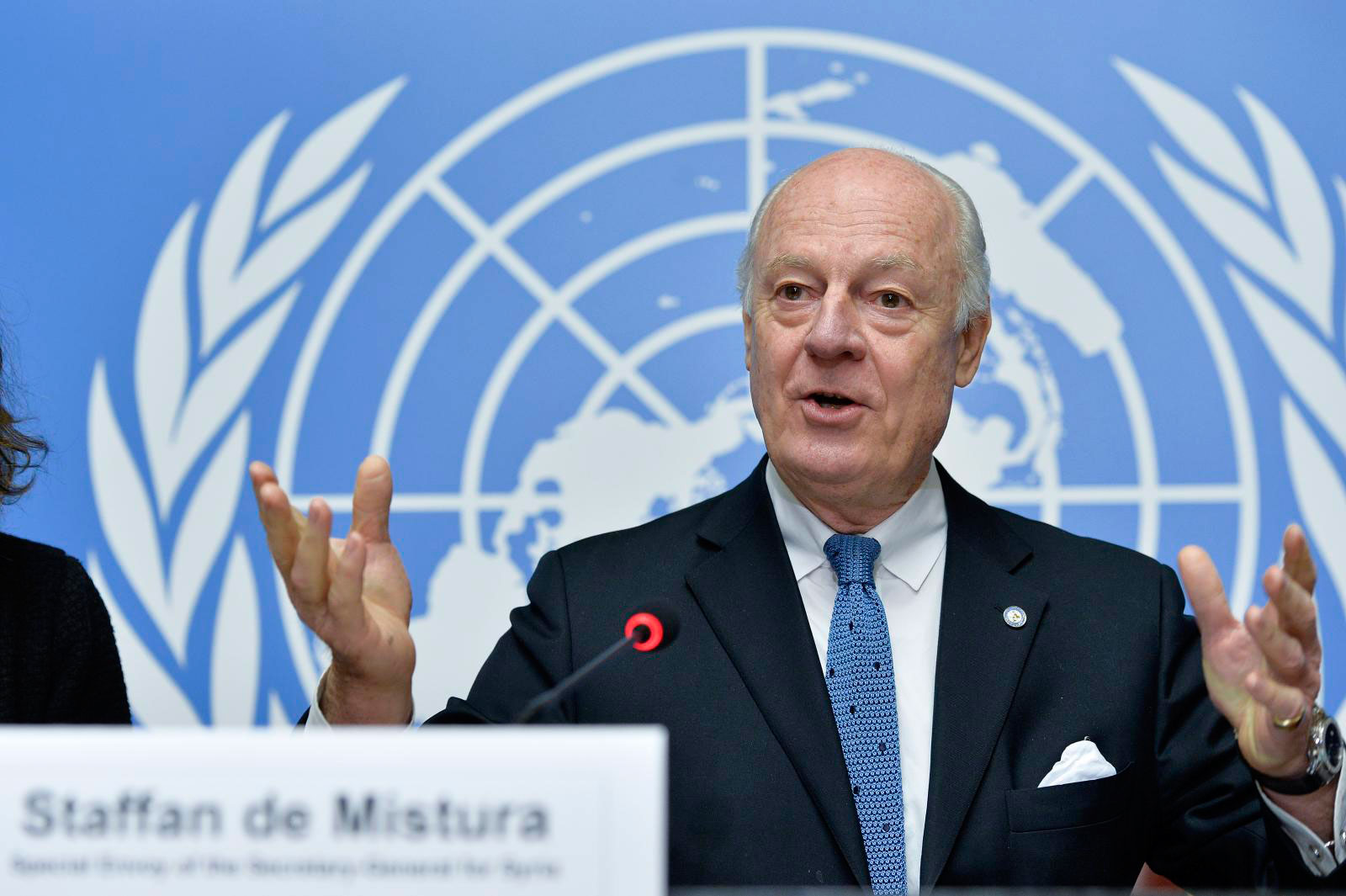 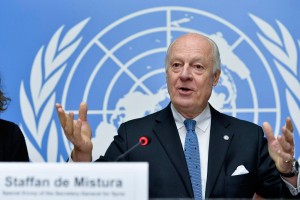 19days before Syrian opposition groups meet with Damascus to discuss the 5year old war, U.N envoy Staffan de Mistura in a meeting with opposition officials was informed that the government should lift blockades imposed on rebel-held areas, release detainees and stop the bombings before they attend the scheduled talks in Vienna. The rebel officials based their demands on the U.N Security Council resolution approved on December 18 which called for an international road map for a Syria peace process ahead of the January 25th meeting.
Staffan de Mistura is worried that the diplomatic row between Riyadh and Tehran might influence the Syrian peace talks but he was reassured in a meeting with Saudi foreign minister Adel al-Jubeir that “the recent tensions that impacted the region negatively will not affect…the operations that the United Nations carries out alongside the international community to achieve a political solution in Geneva soon.” He welcomed the “clear determination on the Saudi side” before heading to Iran as he stressed that “we cannot afford to lose this momentum” on Syria. Tehran is a key ally of Syrian President Bashar Assad, while Saudi Arabia is one of the leading backers of the rebels trying to topple him.
Spokesman John Kirby said U.S Secretary of State John Kerry is also working to “deescalate the tensions, restore some sense of calm, encourage dialogue and engagement between these countries (Iran and Saudi Arabia), but also to make the point there are other pressing issues in the region” before adding that “not letting the Vienna process stall or fall backward is clearly top on his list.”
Elsewhere, China and the Britain issued a statement on Syria agreeing to advance counter-terrorism and a political settlement in parallel.