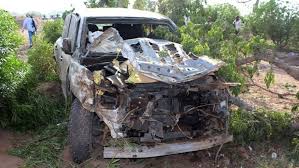 The governor of Aden, Aidarous Al Zubaidi, together with the province’s director of security Shalal Shaei and Governor Nasser Al Khabagi of Lajh province escaped a car bomb attack in the Imna area on their way from the headquarters of the Emirati forces in Al Hoswa. The attack is believed to be planned by the Islamic State group as it continues to target officials in Aden. At least two guards were killed in the gunfight that followed before the attackers fled according to sources.
After the attack, governor al Zubaidi defied his assailants with a Facebook post stressing that “the sowers of death cannot stop us [from] making Aden a peaceful and stable city and we do not care about the cost.” His predecessor was killed in an ISIS car bomb a month ago. Zubaidi is a leader in the Southern Resistance militia that helped liberate Aden from the Houthis in July before holding on to the control of the port, amid fatal clashes with government security forces, until Monday when they the government promised that they will be integrated into the nation’s security forces.
Despite being liberated, Aden continues to be marred with attacks as the Islamic State continues to defy authorities in the province even though they fought on the same side to force the Houthis out.
The U.N Security Council called for a “meaningful, sustainable cease-fire,” 72 hours after the Saudi-led coalition announced that it was unilaterally ending the one which was in place since December 15 due to its frequent violations by the Houthis.
The new wave of airstrikes led to the bombardment of Sana’a. A center for the blind and the city’s chamber of commerce were among the buildings that were hit.