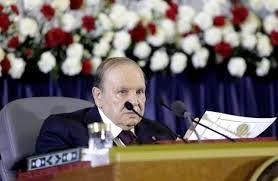 After 4years of consultation, Algeria made the constitutional draft available to the public with some notable social and political reforms. Minister of State, Principal Private Secretary to the Presidency of the Republic, Ahmed Ouyahia, presented the draft on behalf of president Bouteflika calling for a “national dialogue.” The draft will be reviewed before being sent to the Council of ministers for approval and then to the parliament.
One of the major political reforms is the limitation of presidential terms to two with each mandate limited to 5years. A High Independent Authority of Election Monitoring would be created to oversee electoral processes. Current president, Abdelaziz Bouteflika, began his fourth term in office last year amid health concerns.
The recognition of Tamazight as a national and official language was applauded by activists and advocates of the Berbers’ language but Arabic will continue to be the official government language.
According to the draft, the country’s next prime minister should have a parliamentary majority contrary to the current practice wherein the president fills the post without any such obligation.
The draft cited that academic and scientific research freedom as well as that of investment and trade shall be exercised in accordance with the laws of the country. However, it considered the freedom of conscience and that of opinion as inviolable while the freedom of the written and audiovisual press is guaranteed and not restricted by any form of prior censorship.
Ouyahia said the “President of the Republic has insisted that the different phases of the consultations on the revision of the Constitution should be conducted in the form of national dialogue, with the participation of all political parties, national personalities, associations and even organizations.”