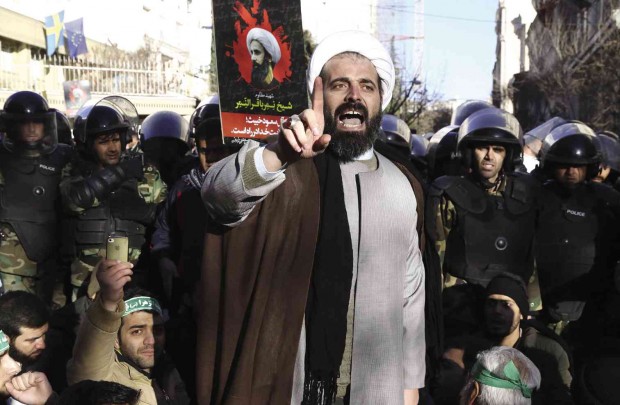 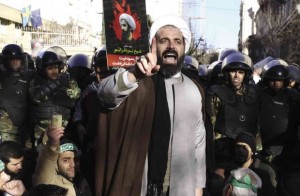 As tensions continue to rise in Iraq over the execution of Shia cleric sheikh al-Nimr by Saudi, the oil-rich diplomatic mission in Baghdad which opened its doors last week after 24years increased security around its premises as a precautionary measure to avoid a repeat of the incident in Tehran where the embassy office was shot with Molotov bombs and trespassed. Ambassador Thamir bin Sabhan Al-Sabhan said work at the mission is going on smoothly and they are collaborating with the Iraqi people to restore regional peace and security as well as fight against terrorism. He noted that the security measures around the embassy “have been further enhanced with the help of the local authorities” for work to continue as normal.
Relations between Baghdad and Riyadh have been strengthening since the arrival of Prime Minister Abadi following cold relations which started with the invasion of Kuwait in 1991. However, the execution of sheikh al-Nimr generated pressure on the Iraqi government as prominent religious and political leaders urge the government to cut ties with Saudi. Asaib Ahl al-Haq, a powerful Shia militia, demanded the expulsion of the Saudi ambassador or else “the government will be responsible for the popular backlash” as anti-Saudi protests increase. Protesters have not been able to reach the Saudi embassy located inside the heavily fortified Green Zone.
Earlier thousands of protesters marched in Baghdad and Shia cities in southern Iraq, heeding calls by prominent Shia cleric Moqtada al-Sadr to protest against Nimr’s execution.
Two Sunni mosques in Hilla, 100km south of Baghdad, were set on fire and a Sunni cleric was killed in a separate incident in Iskandariya. Prime Minister compared the attackers to ISIS or those similar to them before labeling them as “criminal gangs.”