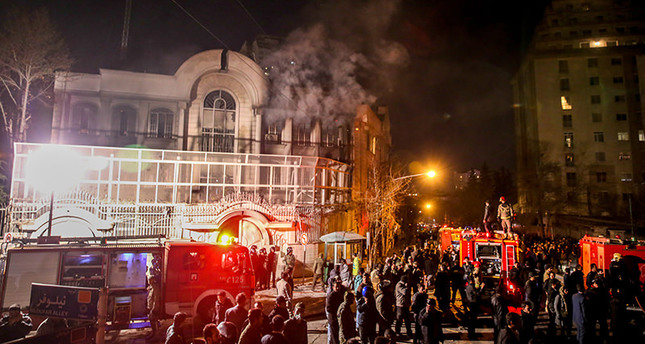 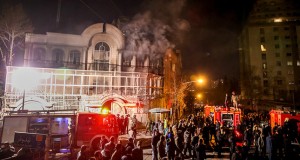 Saudi Arabia severed diplomatic ties with Iran after its embassy was attacked by protesters following the execution of Shia cleric Nimr al-Nimr, together with 46 others, and wants its diplomats to leave Riyadh by Tuesday. The two countries have accused each other of promoting tensions and violence in the region while the international community has called for restrained for fears that it might enflame clashes between Sunnis and Shias.
Saudi’s foreign minister Adel al-Jubeir said Tehran has a “long record of violations of foreign diplomatic missions” with a history “full of negative and hostile interference in Arab countries, always accompanied with subversion, demolition and killing of innocent souls.” He said the trespassing of the Saudi embassy was “a flagrant violation of all international agreements” and Riyadh is “determined not to allow Iran to undermine our security,… mobilize or create or establish terrorist cells in our country or in the countries of our allies.”
Iranian foreign ministry spokesman Hossein Jaberi Ansari alleged that “Saudi Arabia benefits and thrives on prolonging tensions” and used the embassy incident “as an excuse to fuel the tensions” after highlighting that Iran acted “in accordance with its (diplomatic) obligations” to protect the embassy and protesters out of the premises after they violated it. President Rouhani said the storming of the embassy is “unjustifiable” and termed protesters behind it as “extremists.” Supreme leader Ayatollah Ali Khamenei warned Saudi Arabia of “divine revenge” for Sheikh al-Nimr’s execution saying “the only thing he did was public criticism.”
Gulf States such as Bahrain, the United Arab Emirates, Qatar and Kuwait have also added their voice to the situation backing Saudi Arabia. UAE foreign ministry summoned the Iranian ambassador to protest against Iran’s reaction to the execution.