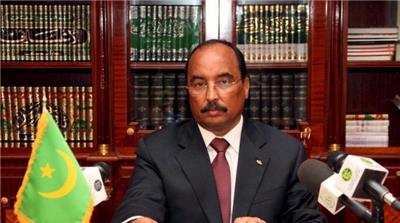 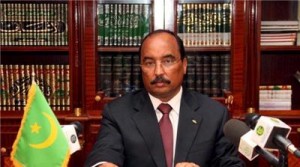 Mauritanian authorities are on a manhunt after an Islamist militant who is awaiting execution since 2011 after being found guilty of attempting to kill President Mohamed Ould Abdel Aziz escaped from the Nouakchott central prison where he was being held. A released statement read on state television on Saturday evening urged the public to help officials locate his whereabouts without elaborating on how he escaped but a source stated that his door was locked and a flag of al-Qaeda in the Maghreb (AQMI) was found inside.
Cheikh Ould Saleck was last seen at the prison on Thursday around midday and his absence was only noticed by fellow Islamists when he didn’t show up for the group prayers in the evening according to a source who spoke to AFP. They found his door locked when they visited his cell before a guard broke into his cell noting that he was nowhere to be found.
Cheilh Ould Saleck was caught after an attempt in 2011 to assassinate President Abdel Aziz, claimed by AQMI, was foiled with three vehicles containing explosives heading to Nouakchott. One of the vehicles allegedly had the president as its target. A firefight which broke out after the failed attempt left one police officer and four suspected Islamist militants dead. The Mauritanian president became a target of the Islamist group following his decision to undertake military actions in neighboring Mali against their bases between 2010 and 2011 when the group was taking over some territories in an attempt to establish an Islamic State.
It is still unclear how Cheikh Ould Saleck got out of the prison which houses dozens of Islamist fighters with some on death row.