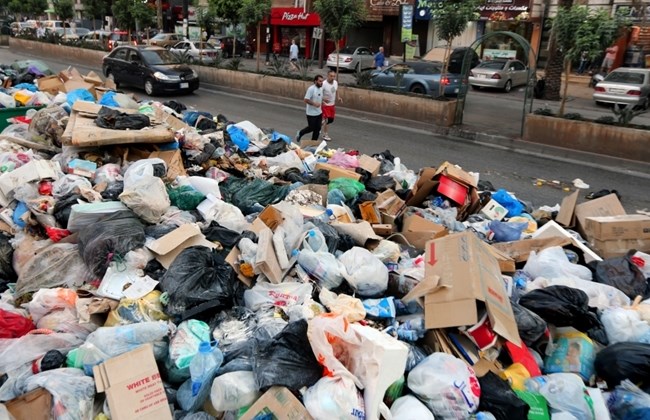 The Lebanese government has awarded an 18 month contract to two companies to export the country’s waste by sea and operations are expected to begin as soon as the companies complete their financial obligations. The move is not welcomed by all the members of the cabinet and some have questioned its cost with the Agriculture minister, Akram Shehayyeb, stating that the exportation of every ton of waste will cost $212. The waste crisis especially in Beirut led to major demonstrations in the capital and differences within the members of the cabinet didn’t help to find a solution prompting protesters to call for the resignation of the government.
Prime Minister Tamam Salam hopes that the catastrophic garbage issue which was “a result of years and years of neglect” will be history now. “We have overcome a huge burden that was pressuring Lebanon and the Lebanese” after a lot of disputes and disagreements he said and recalled that the solution was reached amid “procrastination and obstruction in the country.” Salam hopes that the garbage crisis will serve as “a lesson to everyone on the need to avoid political bickering” because the political arena is also suffering from “political garbage.”
The garbage solution was not supported by cabinet members of the Free Patriotic Movement (FPM) and the Kataeb Party. Minister Elias Bou Saab of the FPM wondered how the solution will be funded “especially regarding public funds and the municipalities’ revenues” although finance minister Ali Hassan Khalil had told reporters before the session that he does not support increasing gasoline prices to fund the solution.
Prime Minister Salam said the “temporary and transitional solution” should be replaced by a “sustainable waste management solution” such as generating electricity from it.