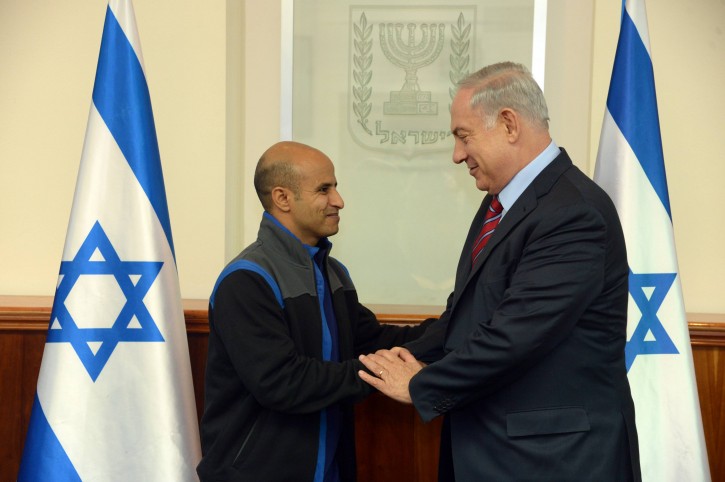 Egyptian and Israeli authorities announced Thursday the release of Israeli detainee after 15 years in prison in what looks like a prisoner swap.
Israeli Bedoiun, OudaTarabin arrested in 2000 on espionage charges was released by Egyptian military court. Egypt also secured the release of two Egyptians arrested by Israel.
Both countries declined to say whether they swapped the prisoners. However reports say the three men were said to have served their full prison terms.
A statement from the Israeli government indicated that Prime Minister Netanyahu welcomed home Tarabin.
“Netanyahu, today… met with OudaTarabin following the latter’s return to Israel, and told him, ‘Welcome home. We had long talks with the Egyptians for years and we are happy to see you with us now. I said that we would bring you back here and it has happened,'” the statement said.

In addition a former Israeli ambassador to Egypt, ItzhakLevanon who is said to have taken part in the release deal of the Israeli citizen told reporters that Tarabin was detained in terrible conditions.
“Most of the time he was held in isolation, he suffered there,” Levanon said.
Tarabin who used to travel to Egypt to meet his two sisters in in the port city of El-Arish, was 19 at time of his arrest on espionage charges. He repeatedly denied any wrong doing.
Israel also tried vehemently to secure his release over the past in a prisoner swap but efforts failed.
Both countries enjoy mild diplomatic ties with Egypt the first Arab world to recognize Israel in 1979. Cairo and Tel Aviv have long haggled on the Palestinian question. Ties would further fester with Mohamed Morsi ascending to power in 2012 and calling back Egyptian ambassador to Israeli after Israel made incursions in Gaza.
Israel will back the ouster of Morsi in 2013 by the army and threw support behind al-Sissi to take over power. Ties progressively took a positive twist with Israeli re-opening its mission in Cairo in September this year and al-Sissi also appointing a new ambassador to Israeli.