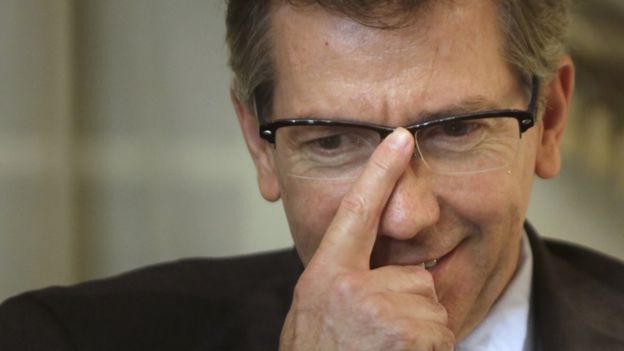 A day before the new U.N secretary general’s special envoy to Libya Martin Kobler takes on his duties, the UN Support Mission in Libya (UNSMIL) and the UN Human Rights Office published a report highlighting the numerous “violations of international humanitarian law” by all the warring parties in Libya whilst some “may amount to war crimes.”

The joint report released by UNSMIL and the UN Human Rights Office stated that “gross violations and abuses” took place between January 1 and October 30, the period the report covers.

Warring factions showed little regard for loss of life of civilians and migrants, the report said.

Meanwhile, a U.N statement admitted that the change of leadership taking place on Tuesday “comes at a critical time for Libya” before adding that Kobler is determined to assure continuity and facilitate the dialogue process to end the war.

Libya is almost a lawless state that has been divided between armed factions, rival government and rival parliaments.

The Islamic State group capitalized on the chaos in the country to establish itself and declared the territory, along the coastal area of Sirte under its control, an Islamic State.

Kobler is expected to help the two rival governments reach a political agreement as the last draft is yet to be approved by their respective parliaments which both seek to introduce amendments. The U.N is hoping that the vast experience he had gathered after serving the German government in senior positions and holding U.N posts in Iraq and the Democratic Republic of Congo would help to finalize an agreement on a transitional unity government while “building on what Libyan parties have achieved to date” with outgoing envoy, Bernardino Leon.