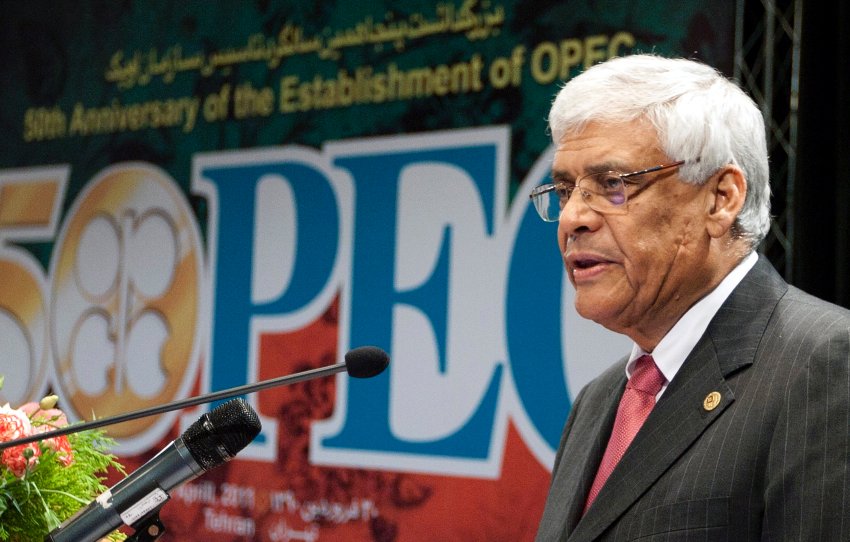 OPEC Secretary General predicted Sunday at an oil and gas conference in Kuwait City that the oil market will stabilize next year as global demand is expected to rise and non-cartel members’ production to flatten.

“OPEC is confident that it will see a more balanced market in 2016,” Abdullah el-Badri told the conference.

“In recent months, there has been a contraction in production from non-OPEC producers and an increase in global demand,” he said.

The global oil price has remained low since 2014 due to lack of respect of market fundamentals said the OPEC Secretary General, who reminded that “stability is paramount” to the crude market.

He expressed hope that the market will experience some balance as forecasts predict a rise in demand to 110 million barrels per day by 2040 from 93 million bpd now.

Experts of the oil market say the growing supplies of non-Cartel members had had a significant impact on the collapse of the oil price on the international market.

Non-OPEC members increased their output by 6.0 million barrels per day in the past six years.

The glut in the oil market and collapse of prices severely impacted the economies of some countries like Algeria, Venezuela.

A technical meeting of OPEC members and other crude-producing countries would take place on October 21 to discuss the situation.