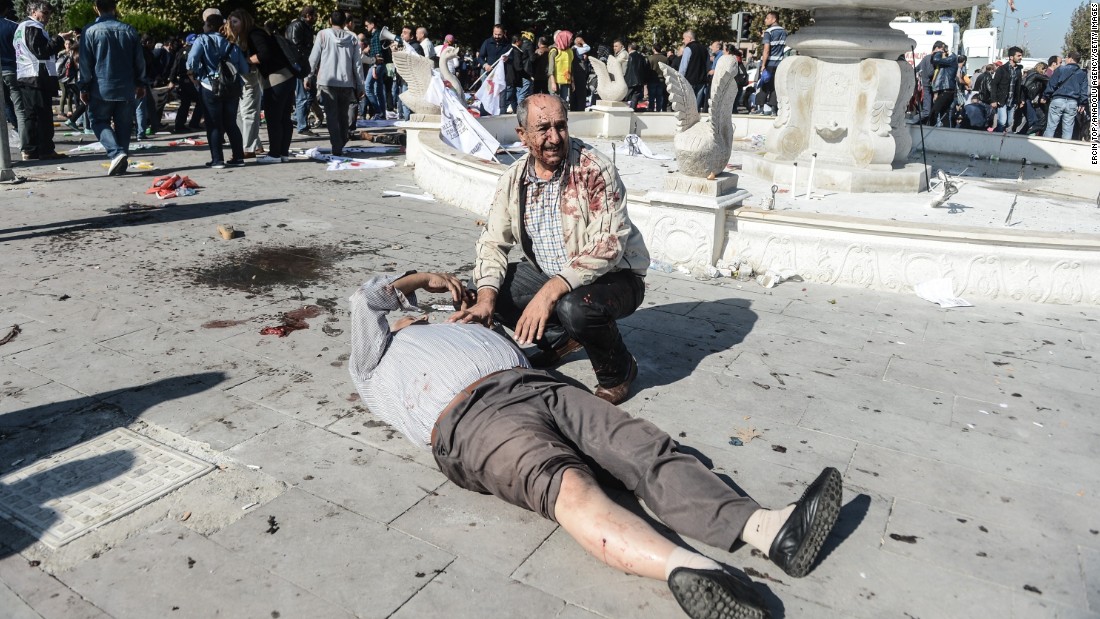 Protesters that gathered on Saturday near Ankara’s main train station for a peaceful rally organized by several workers’ unions and other groups for increased democracy and an end to the violence between the Kurdish rebels and Turkey’s forces witnessed violence at first hand as they were attacked with two bomb explosions, that were seconds apart, killing around 95 people and wounding more than 200 according to government figures. No group has claimed responsibility for the attack.

Officials suspect a suicide attack and called it a terrorist act. The government and nationalist movements are accused of being behind the attack in some quarters but Prime Minister Ahmet Davutoglu opined that the Islamic State group, Kurdish militant factions or far-leftist radicals might have carried out the bombing.

The country has declared a three-day mourning and mourners who tried to lay flowers at the bomb explosion sites were pushed back by forces as investigations are still ongoing.

According to the initial investigations, TNT explosives with metal balls were used in the attack and Anadolu Agency reported that the attack was similar to the July 20 Suruç bombing which led to renewed Turkish airstrikes on the Kurdish rebels. An image of a metal ball, which was shared on Twitter by a Republican People’s Party (CHP) deputy at the scene, is seen as a clue that the attackers used a cluster bomb.

Selahattin Demirtas, co-leader of the opposition HDP, said “there is no effective investigation” before concluding that “this is an attack by our nation against our people” and “not an attack against unity of our state and nation.”

The attack is not expected to affect the November 1 elections.