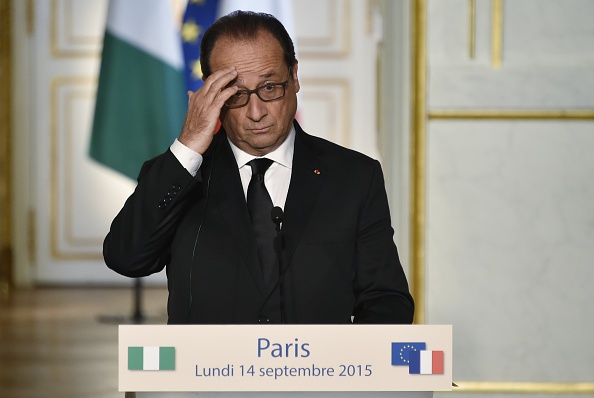 France has announced that it will be carrying out airstrikes in Syria a week after its foreign minister Laurent Fabius stated that the military was carrying out surveillance flights over the country for possible strikes on the militants of the Islamic State “when the time comes.”

President Hollande made the announcement during a joint press conference with visiting Nigerian president Muhammadu Buhari but ruled out sending French troops on the ground.

Hollande told reporters that the reconnaissance flights were aimed at evaluating airstrike possibilities and “they will be necessary in Syria.” He added that it was not a unilateral move because France is part of the countries taking part in the U.S. led coalition against ISIS.

It seems as if Russia could soon be officially joining the fight to come to the rescue of Damascus.

The French president said terrorism has become a global phenomenon and “it’s no longer possible to distinguish terrorism from regions.” They are all “inspired by the same death ideology,” he said equating Nigeria’s Boko Haram to ISIS. Boko Haram pledged allegiance to ISIS earlier this year. Hollande said “the fight against Boko Haram is the fight against Daesh,” ISIS Arabic acronym.

The Syrian war has forced thousands of people to flee their homes and seek refuge in the European Union but Lebanese education minister Elias Bou Saab has stated that, despite the lack of evidence, he has the feeling that members of ISIS are among the refugees because organized groups “dressed with something unified, uniforms, vests” have been arriving and they look different from the usual refugees that the country has been receiving. This is not the first time that concerns are raised about the possible infiltration of ISIS fighters among the refugees.