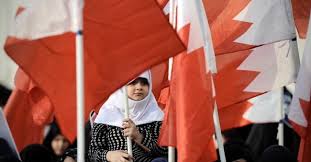 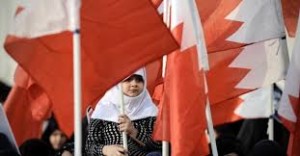 Bahrain has been urged to work on its “insufficient accountability for human rights violations,” despite the few positive measures adopted.

The call was launched by thirty two countries amongst which some of Bahrain’s major Western allies like the United States, Britain and France, in a letter read out before the U.N. Human Rights Council by Swiss Ambassador Alexandre Fasel.

The letter underlined that Bahrain made some “positive steps” such as appointing an ombudsman within the interior ministry, creating a rights commission for prisoners and setting up a special unit to investigate alleged violations by security officials. Yet, the signatories said, the kingdom’s human rights situation continues to be of “serious concern.”

Exercising the freedom of opinion and expression through peaceful assembly and association often leads to harassment and imprisonment by authorities, the letter said.

Bahrain’s Information Minister Isa Abdulrahman said in reaction to the letter that “no one is immune from the process of the law” and that those claiming torture are encouraged to report it.

He recalled that a similar letter addressed to the HRC last year was signed by 47 countries and that the fall in the number of signatories shows that “more countries recognize the efforts” made by Bahrain.

The letter also pointed out that there are no guarantees that a defendant will have a fair trial and questioned the arrests of human rights advocates and minors for their mere participation in demonstrations. The signatories urged the Bahraini government to “look for alternatives to detention” and allow UN Special Rapporteur on Torture to visit the kingdom.

The Bahraini Information Minister rejected the claims that individuals’ freedoms or rights were being violated, affirming that those who were detained, interrogated or imprisoned violated the law.