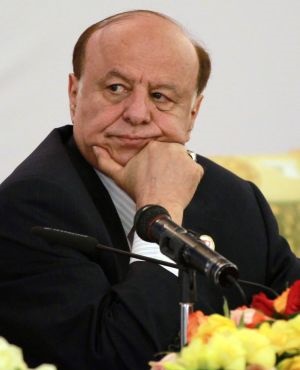 The peace dialogue expected to take place between the Hadi government and the Houthi movement in Oman later this week would likely not take place after the exiled government stated on Sunday that the Houthis and their allies must abide by the U.N Security Council resolution 2216 before the government can confirm participation in the meeting.

The statement could be a setback to U.N special envoy Ismail Ould Cheikh efforts because hostilities have increased with pro-Hadi forces launching an offensive on the oil-rich Marib province in their bid to reach Sana’a.

The upcoming weeks could be a crucial turning point in the Yemeni war as the Saudi-led coalition amasses ground troops ahead of a major attack on the Houthi Movement. Coalition spokesman, General Ahmed Al Assiri, told Al Jazeera that operation on Marib is “going as planned” on Sunday and the objective is to “regain control of the provinces of Marib and Jawf, as well as of Sana’a.”

The offensive on Marib was described as the biggest and the fiercest since the launch of the coalition strikes.

President Hadi and his government are planning to end their exile as they prepare to return to Aden probably during the last week of September. Aden’s governor Nayef al-Bakri and pro-Hadi security officials stated that at least 200 Saudi, Emirati and Yemeni troops have arrived in the city ahead of Hadi’s return.

Controlling capital city Sana’a is a key issue in the war. The coalition has been announcing several takeovers while the Houthis have often claimed tactical withdrawal.