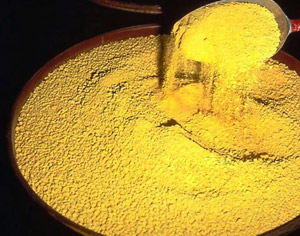 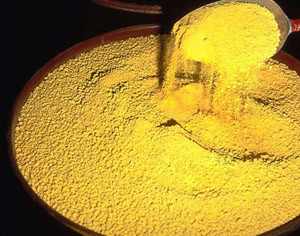 A report that was briefly posted on the website of Iranian state news agency IRNA before it was removed Saturday quoted the head of Iran’s Atomic Energy Organization, Ali Akbar Salehi, saying that “I cannot announce (the level of) Iran’s uranium mine reserves” but “the important thing is that before aerial prospecting for uranium ores we were not too optimistic, but the new discoveries have made us confident about our reserves.”

The new findings will raise the eyebrows of the skeptics of the July 14 nuclear agreement, officially known as the Joint Comprehensive Plan of Action (JCPOA), reached by Iran and the so-called P5+1, after many analysts had explained that Tehran would not be able to sustain its nuclear program because it was running out of raw uranium known as yellowcake and that it was not cost-efficient for Iran to locally mine for the mineral.

Iran has always claimed that its nuclear program is for peaceful purposes and refutes allegations of an undercover military ambition to acquire nuclear weapons.

Yet, Salehi did state that the JCPOA agreement will not deter the country from continuing its nuclear activities.

The new reserves discovery could ignite more doubts about the JCPOA because uranium can be used for energy production and scientific purposes but it is also a principal ingredient in nuclear weapons.

IRNA cited Salehi stating that uranium extraction would begin at a new mine in the central province of Yazd and exploration had covered around 67% of Iran and would be complete before 2020. The announcement of the findings will probably increase international vigilance over the country’s nuclear activities.