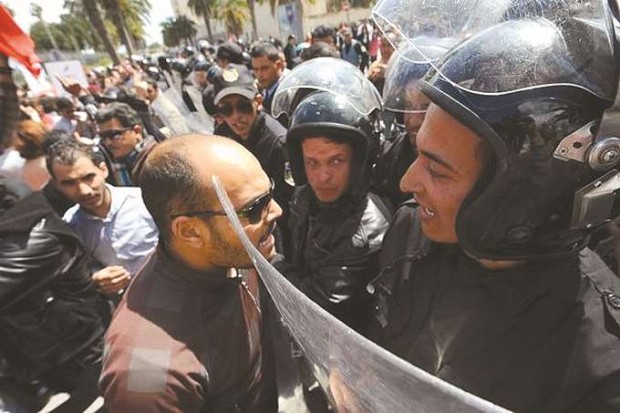 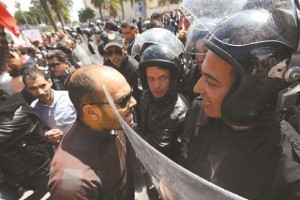 The Tunisian Prime Minister and the Interior Minister Thursday stated in separate statements that the government did not authorize the demonstrations against the economic reconciliation bill planned for Saturday for purely security reasons and that the ban should not be seen as restrictions on freedom of opinion, expression and assembly.

Authorities rejected claims by opposition political parties and unions that they are using the state of emergency to ban the demonstration scheduled for Saturday.

The statement were issued after some opposition and unions’ leaders claimed that the Prime Minister had given them, during a meeting they held with him on Wednesday, the green-light to stage the Saturday demonstration and pledged to ensure their security.

On Thursday, the Prime Minister’s office issued a statement saying refusal or calls for delay of demonstrations are made when security authorities receive intelligence that terrorist groups are planning attacks on demonstrators. Such decisions have nothing to do with any other political considerations or purposes.

“The refusal to authorize demonstrations and the request of their postponement comes following intelligence on terrorist threats targeting vital institutions. These threats seek to spread disorder in the country,’ the statement said, without specifically mentioning the Saturday protest march.

Minister of the Interior Najem Gharsalli rejected the claims that the Prime Minister green-lighted the Saturday demonstration, explaining that the march was cancelled after his department received intelligence that dormant terrorist cells were instructed to target the demonstrations.

Tunisian authorities recently beefed up security measures in capital city Tunis and some provinces to ward off terrorist attacks.