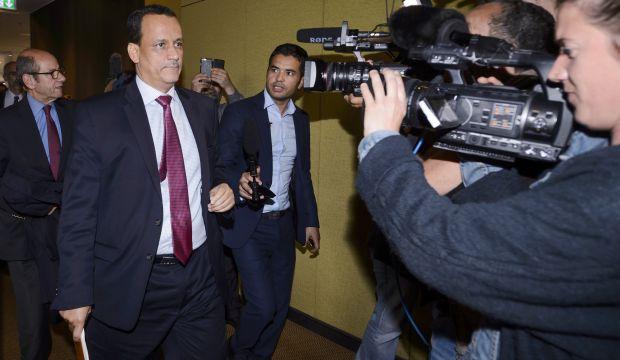 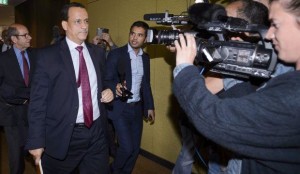 The United Nations announced on Thursday that peace talks to end the Yemeni war will begin next week but the venue is yet to be made public.

The latest meeting in Geneva between Yemeni warring parties destined to seal a humanitarian pause ended up being held indirectly with the delegates of each side staying in separate hotels. The delegates left without reaching any agreement.

The U.N statement did not mention the objectives of the fresh talks but special envoy for Yemen Ismail Ould Cheikh Ahmed said President Hadi, the Houthi Movement and Saleh’s General People’s Congress party have promised to attend it.

Mr. Ould Cheikh Ahmed made the announcement Thursday after he briefed the Security Council in a closed-door session on the developments of the conflict.

He said the meeting will be a step towards “a framework for an agreement” citing the “intolerable levels of suffering” of the Yemenis which, he hopes, will be considered by the delegates during the talks.

A major development ahead of the talks according to a U.N statement is the agreement of all the parties to abide by the Security Council resolution which includes calls for the withdrawal of the Houthi Movement and its allies from the major cities.

Although the statement didn’t dwell on a ceasefire during the talks, Ould Cheikh Ahmed is hoping that it could be reached through a framework agreement as he urged the parties to “engage constructively and in good faith.”

Meanwhile, houses of political leaders of the Houhti movement and military bases in Sana’a were targeted by coalition airstrikes.