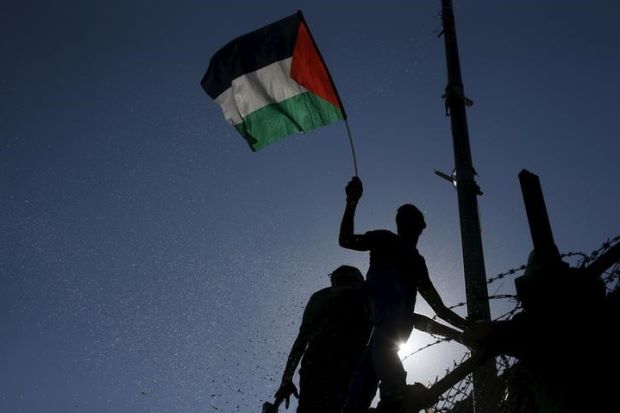 The Palestinian flag will soon be flying at the United Nations after the General Assembly passed a resolution whereby the non-member observer states will raise their flags at UN headquarters.

The resolution, seen as another diplomatic showdown between Palestine and Israel was supported by 119 countries. 8 countries voted against the text while 45 others abstained.

Palestinian foreign affairs minister, Reyad al-Malki, welcomed the resolution as “historic” and urged the countries that didn’t support it to change their stance “in order to restore peace and justice in our region.”

The Palestinian flag is expected to be hoisted within 20 days. The event may coincide with President Abbas presence in New York to attend the high-level UN General Assembly meeting at the end of the month.

Al-Malki said the flag symbolizes the Palestinian people’s struggle and sacrifices throughout decades. He reiterated that diplomatic efforts to end the Israeli occupation and achieve independence will continue.

Israel voted against the resolution and its ambassador to the U.N Ron Prosor lamented that Palestine “cynically manipulates the UN to score political points” by adopting a “use and abuse” policy. “Palestinians seem to be able to do whatever they want and are free to act with impunity,” he said bitterly. Prosor also blasted EU countries that voted for the resolution.

U.S ambassador to the UN, Samantha Power, who voted as expected against the resolution, said “it is not an alternative to negotiations and will not bring the parties closer to peace.” Israel usually reacts to such developments by announcing the construction of new settlements in occupied Palestinian Territories.