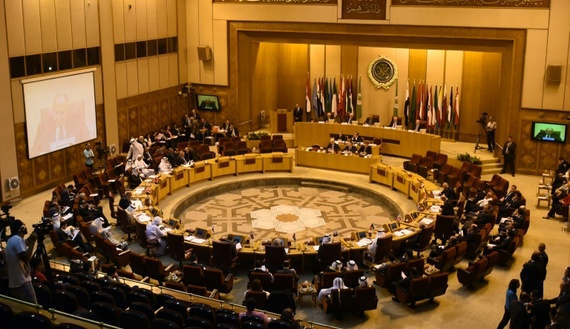 The Foreign Ministers who convened a meeting over last month clashes at Al-Aqsa mosque in Jerusalem condemned the killing of the 18-month old Palestinian toddler Ali last Friday by Israeli terrorists who attacked his parents’ house in the West Bank.

The 18-month baby was burnt alive while his four year-old brother and his mother are currently struggling for their life in an Israeli hospital in Jerusalem.

Prior to that terrorist attack, a group of extremist Israelis raided and vandalized Muslim and Christian places of worship in Israel and Palestine.

“The Arab Group (at the UN) must act to submit a draft resolution to the Security Council concerning terrorist crimes by Israeli settler groups against the Palestinian people,” League chief Nabil al-Arabi said before the meeting.

“What is required is real international protection for the Palestinian people, through a Security Council decision,” he said.

The Al-Aqsa mosque compound is the third holiest site in Islam and the holiest shrine for Jews who call the site the Temple Mount.

Meanwhile, the Gaza Islamist movement indicated Wednesday it could renew with violence if Israel does not lift the blockade imposed on the enclaved Palestinian territory.

The announcement was made by Hamas military branch Ezzedine al-Qassam Brigades at a ceremony marking the end of a military-style summer camp for 25,000 Gazans.

“Today, our message to the occupier is very clear: We will not accept a blockade,” said Mahmud Zahar, a senior leader of Hamas.

“Break the siege because we will not be able to hold back those who want to defend their territory from those who have destroyed their homes and killed their children.”