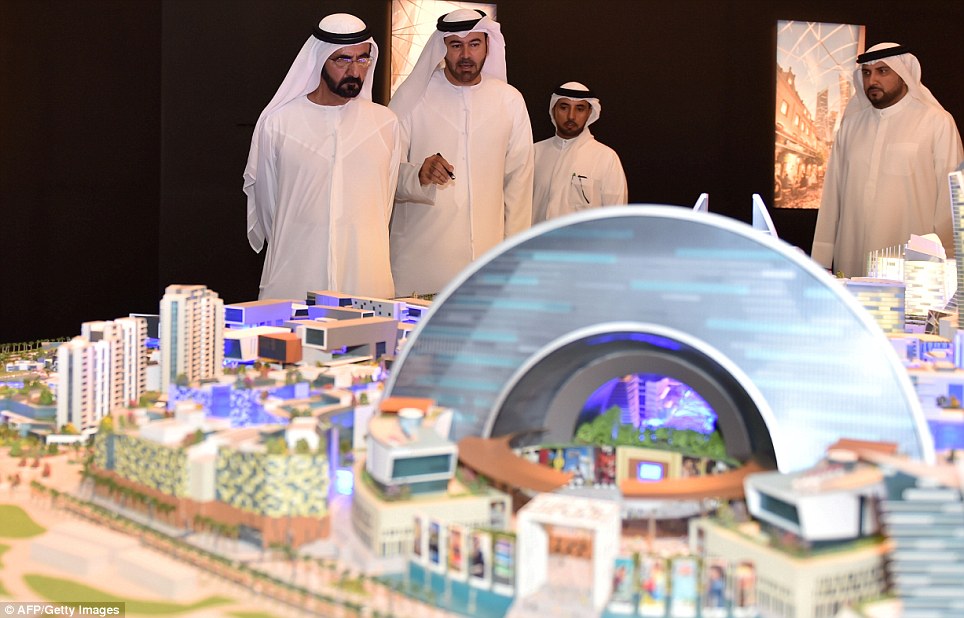 The Emirate of Dubai, known for its scorching temperatures like most of the Gulf countries, has unveiled plans to build the world’s largest indoor ski resort to cost US $6.8 Billion.

Dubai, which has already an indoor ski resort boasting a 400-meter-long slope, looks forward to setting a new world record in the field as the new extravagant project will have a 1.2 Km long slope.

Dubbed “Meydan One”, the new indoor ski resort is part of a mega project that includes the world’s tallest residential tower skyrocketing at 711meters, a dancing fountain sweeping up to 420m, a vast shopping centre, 350-room hotel and marina.

According to press reports, the project will extend from the Meydan race track in the emirate’s desert to Burj Khalifa, the world’s highest tower.

The first phase of the project, to accommodate up to 78,000 residents, is expected to be completed in the next five years coinciding with “World Expo 2020” to be hosted by the United Arab Emirates.

This large-scale project is part of the UAE sustained efforts to diversify its economy, by boosting tourism, business and finance sectors to attract foreign investment.

The UAE ranked first in the Middle-East region standings in the “Global Enabling Trade Report 2014” released by the World Economic Forum.

Out of the 138 world countries rated by the report which sets a benchmark to assess trade facilitation reforms agreed to in Bali, the UAE ranked 16th, followed by Oman in the 31st place, Bahrain (33rd) and Saudi Arabia (48th), while Kuwait was branded the least effective in the Gulf region.