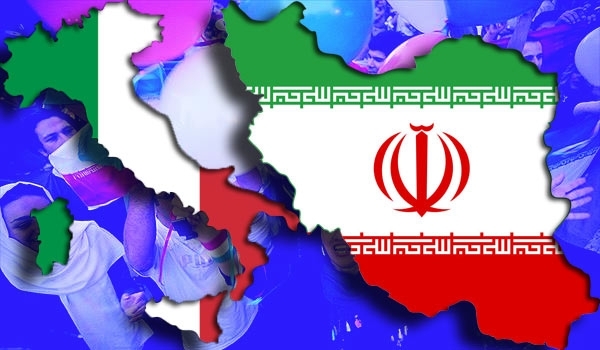 Italian Foreign Minister Paolo Gentiloni and Minister of Economic Development Federica Guidi together with senior officials of different industries in Italy were in Tehran on Tuesday on an official visit with one of the major highlights being the signing of a Memorandum of Understanding (MoU) that would strengthen economic and trade ties between the two countries.

Gentiloni and Iranian foreign minister Mohammed Zarif discussed bilateral ties and issues of common interest at regional and international levels. Exchange of parliamentary and judiciary delegations and negotiations on narcotics, human rights, organized crime as well as cultural and educational issues were discussed.

Zarif told his counterpart that “instability, insecurity, terrorism and extremism are contrary to the interests of all regional countries” as both sides eye the need for a long-term relationship between them.

Gentiloni said he was confident that their ties will contribute to promoting regional and international stability.

A MoU was sealed between the Italian Ministry of Economic Development and Iran’s Ministry of Economy and Finance and the Central Bank. The agreement is geared towards easing the development of future economic and trade relations between the two countries with Italy hoping that it will provide it with a more effective recovery in trade and investment in Iran, a historic partner of a number of European countries and Italy in particular.

Since the 14 July nuclear agreement, European countries have been arriving in Iran to cement ties with Tehran ahead of the lifting of economic sanctions that is yet to be finalized.

Under the MoU, Italy will help Iran revive its economic development, paralyzed by the economic sanctions.