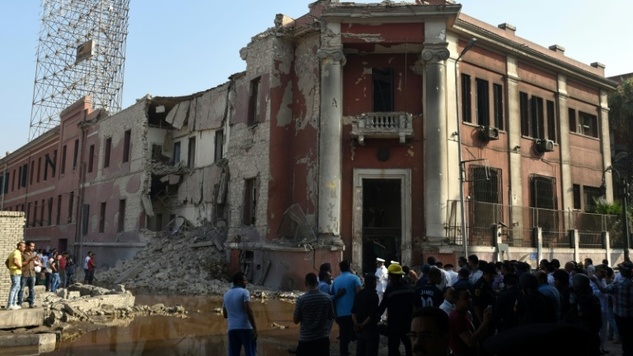 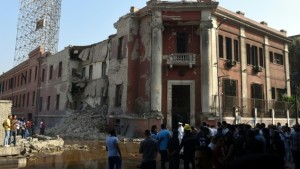 Speaking Sunday about the terrorist bombing that targeted the Italian Consulate in Cairo on Saturday, Italian Prime Minister Matteo Renzi promised a studied response to the terrorist attack claimed by IS and hailed Egyptian president al-Sissi for his determination to curb terrorism in the region and at the gate of Europe.

Speaking in an interview with Aljazeera on Sunday, Prime Minister Matteo Renzi announced Italy will surely give a response to the attack. “One thing is for sure, Italy must react with steadfastness. We will not allow ourselves to be intimidated,” Renzi said.

Touching on cooperation with Egypt to fight terrorism, the Italian Premier promised his country’s support to Egypt in its campaign against the Islamic State group which claimed responsibility of the bombing of the Italian consulate that killed one person and injured nine people.

Renzi renewed his personal support to President Sissi’s efforts in the direction of peace because, he said, “the Mediterranean without Egypt will be absolutely a place without peace.”

Asked about what he thinks of the new anti-terrorism law adopted in Egypt which, according to the media, jeopardizes the freedom of the press, Renzi said it was absolutely important for Egypt to ensure a free press and to enable journalists to work in safety.

Meanwhile the Italian authorities announced in a statement on Sunday that their consulate in Egypt would suspend services. Most offices including the visas office were destroyed in the attack.

“Preparations of the visit are being conducted in coordination with the Italian party,” Egypt Foreign Ministry spokesperson Badr Abdel Atty said.

Egypt announced it would pay for the rebuilding of the consulate.