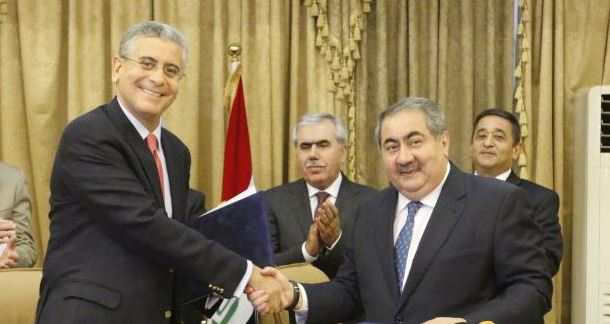 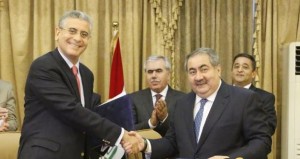 The Iraq government and the World Bank signed on Sunday an agreement allocating the Iraqi government $350 million loan destined for rebuilding cities taken back from ISIL.

The Word Bank loan will help the Iraqi government, which is facing an acute budget deficit, to strengthen its presence in regions recaptured from ISIL and give back life to cities emptied by their populations.

According to the Iraq Minister of Finance Hoshiyar Zebari, around one third of the funds would be used to repair roads and bridges and another third to restoring electricity, water and sewage networks.

“This is the first direct tangible assistance for the reconstruction and stabilization efforts by the government to normalize life in the areas liberated from ISIS,” Zebari said at the signing ceremony in Baghdad.

Some donor countries, including the US, EU, Japan, promised to assist the Iraqi government in its reconstruction efforts.

A document released by the World Bank indicated that it was important for the Iraq government to restore basic service and to show that the “state is re-establishing its presence and credibility.”

“Iraq was possibly going through the worst and most dangerous challenge to its territorial integrity, economic sustainability and human development capacity”, the document said.

The World Bank is preparing another loan worth $1 billion to help Baghdad address its budget deficit which is estimated at $20 billion this year.

The World Bank board is expected to ink the deal shortly to enable the Iraqi government improve energy efficiency, reform state-owned enterprises and improve the efficiency of budget spending, according to a Wold Bank official.

“We would like to be as fast with this budget support as we have been with the investment operation,” the bank’s Middle East director Farid Belhaj said.

“We are looking forward to finalizing the process by … September or October”.

Iraqi forces, supported by the US air operation on one side and Shia militias and Kurdish peshmerga on the other side, are gaining grounds on the ISIL-linked fighters who have conquered large swaths of North and West Iraq.

Government forces took back control of Tikrit, hometown of former leader Saddam Hussein, three months ago. The militants have also been defeated in part of of Diyala and Salahuddin provinces north of Baghdad.