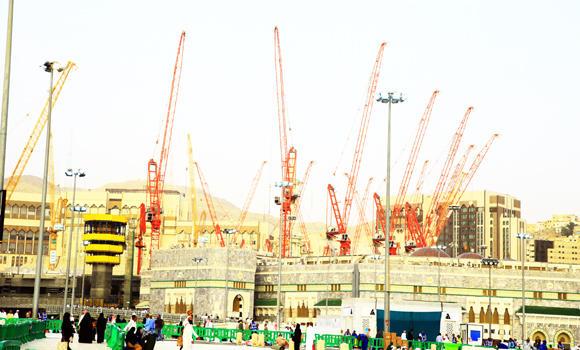 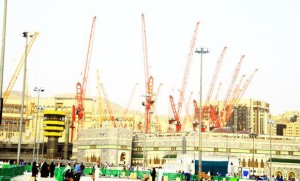 Experts forecast a business boom after completion of the Grand Mosque expansion and infrastructure projects in the city of Makkah with around SR100 billion in investment expected to come from the private sector.

King Salman last Sunday inaugurated the expansion project of the Makkah Grand Mosque and other major infrastructure projects that will enable the mosque to contain around 1.85 million people, and will contribute in providing more comfort to pilgrims, as well as encourage private sector investment in the holy city.

Though the government spending does not induce direct economic returns they will spur economic boom by the private sector.

Experts say state spending on government projects as well as expenditures on land expropriation and compensation of landowners will double because of the simultaneous spending by the private sector.

The city of Makkah is witnessing major development projects part of the third phase of the Grand Mosque extension. Five of these projects have already started.

Maher bin Saleh Jamal, chairman of the Makkah Chamber of Commerce and Industry indicated that with such major development program, Makkah would attract around SR100 billion in investment, adding that for each SR1 billion spent by the state, about SR3.3 billion to SR5 billion will be spent by the private sector in various sectors, particularly real estate which has experienced significant growth in recent years.

Mohammed bin Abdul Samad Al-Qurashi, vice president of the Makkah Chamber of Commerce and Industry acknowledged the positive impacts of the current projects but urged businessmen to participate in creating large-scale projects that will help provide greater services in Makkah.

“The projects that have been implemented and those underway, such as the expansion projects and the Haramain High Speed Rail Project, are a clear indication of King Salman’s interest in serving pilgrims and developing the Two Holy Mosques,” said Abdullah bin Shaker Al-Ghalib Al-Sharif, secretary-general of the chamber.