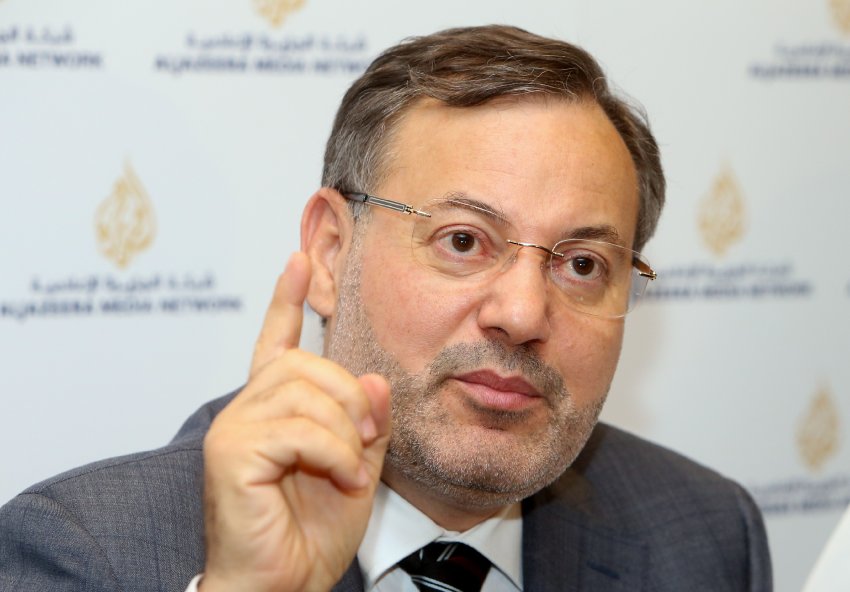 Controversial Al-Jazeera journalist Ahmed Mansour has been lately at the center of a scandal, this time not because he is under an Egyptian arrest warrant nor because he has been arrested by the German police at Berlin’s airport, but because he insulted in the most foul language Moroccan politicians and journalists.

It all started when a Moroccan paper revealed how he lured a young Moroccan, through the intermediation of Abdelali  Hamieddine, a leading figure of the ruling Justice and development Party (PJD), into a customary marriage that is not legally recognized and that is considered by a majority of Muslim countries as a disguised prostitution. After the so-called wedding ceremony, attended by Hamieddine, according to the paper, the famous groom left the country with a one-way ticket.

The Qatari Al-Jazeera anchor and host of the also controversial “Bila Hudood” program responded to the press reports by a defamatory posting on his facebook page, lashing out at Moroccan politicians and journalists in a most filthy language.

Mansour, known for his closeness to the Muslim Brotherhood, has actually overstepped the borders of propriety, indulging in obscenity and calling Moroccan journalists “prostitutes, mercenaries, thieves, homosexuals” and other degrading names. He also blamed Moroccan journalists for failing to show solidarity with him, calling them “insects and parasites living in the garbage and swamps who deserve only to be crushed …”

The matter could have been considered as a mere outburst of a propagandist journalist who enjoys stirring up controversy had it not been the involvement of the PJD, whose leader, Abdelilah Benkirane, is the head of the Moroccan government. Actually, the official website of the Islamist party hastily posted on its own website the insulting statements without any critical comment about their outrageous contents. This posting was followed by an outcry of outrage at both the Egyptian journalist and the PJD by Moroccan media, analysts and even politicians. The hullabaloo prompted the webmasters to remove the statements as quickly as they posted them.

The PJD, which counts Ahmed Mansour among his foreign friends and which invited him to its 7th congress in 2012, first denied having played any role in this illegal marriage. However, Karima FRITIS, the bride, herself a PJD activist, admitted before the Judicial Police, that she had contracted a customary marriage with the Al Jazeera anchor, but that he never kept his promise to authenticate the customary marriage certificate at a Lebanese court as he had promised.

The National Union of the Moroccan Press (SNPM) and the Federation of Newspapers Publishers (FMEJ) regretted the publication of Mansour’s insults on the official website of the Islamist party and lashed out at the Egyptian journalist and “vigorously” condemned his remarks as an “unprecedented offense.”

The Egyptian journalist later on apologized for the rude words he used against Moroccan journalists adopting a conciliatory, remorseful tone and saying that he wrote his comments “under the influence of rage.” He called on Moroccan journalists to be generous and accept his apologies, and expressed hope that the case will be closed once and for all.

Despite the apologies, Moroccan Foreign Minister, Salaheddine Mezouar, did not mince his words to condemn the journalist stressing that the insults against Moroccan citizens who perform their professional duty harm Morocco and the dignity of all Moroccans.

The Foreign Minister pointed out in a statement that the accusations of the Muslim Brotherhood member reflect the “culture of sealed mouths and the law of silence.” Mezouar said that “even if there is reason to protest, the press has correction mechanisms and the country has courts one can resort to in case of any prejudice.”

However, for someone who is always looking for controversy and ambiguity, like Mansour, choosing the civilized usual means to settle problems is not part of his tradition.