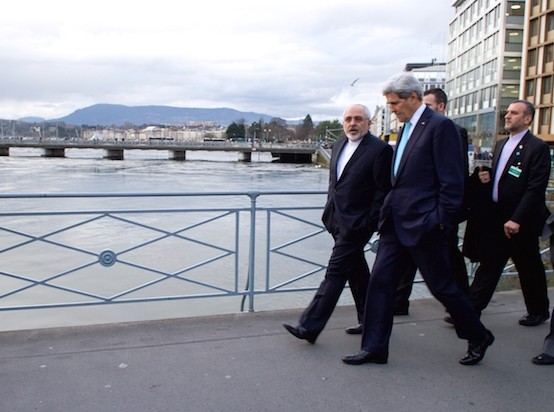 Mixed reports are emerging from the negotiations in Vienna and there are possible hints that the talks could end without any agreement.

Although parties involved in the talks have been stating that they have never been so closer to an agreement, a senior Iranian official said that some are walking back from an interim agreement that was made in April while the top adviser to Ayatollah Ali Khomeini has warned that Iran’s “redlines” should be respected.

The failure to reach an agreement seems to be injecting frustration at the negotiation table as U.S Secretary of State told reporters that “we can’t wait forever for the decision to be made. If the tough decisions don’t get made, we are absolutely prepared to call an end to this process.”

Even though all the parties have repeatedly stated that key issues are yet to be solved, they have not mentioned them.

Iranian Foreign Minister Mohammad Javad Zarif said they are “working hard” to reach an agreement “but not rushed to get the job done” after a head-to-head meeting with Kerry who also expressed similar sentiments but underlined that “we would not be here continuing to negotiate just for the sake of negotiating” before recalling that their presence in Vienna is“because we believe we are making real progress towards a comprehensive deal.” However, he stressed that “we are not going to sit at the negotiating table forever.”

The latest developments have raised eyebrows in certain quarters and Ali Akbar Velayati, top adviser to Iran’s Supreme Leader said Kerry’s comments “are part of America’s psychological warfare against Iran.” He said “Iran neither suggests extension of talks, nor rejects it. It is up to Americans if they want to leave the talks. Iran is ready to continue the negotiations.”

According to the Iranian Foreign Minister, discussions are likely to be extended during the weekend.

“Progress has been made, but we have not finished. I doubt that will happen today, (Friday)” he told the press. “It seems that we will spend the weekend in Vienna,” he added.

Discussions between Iran and the major powers to reach an historic agreement on the Iranian nuclear program have been  going on for 14 days in Vienna.