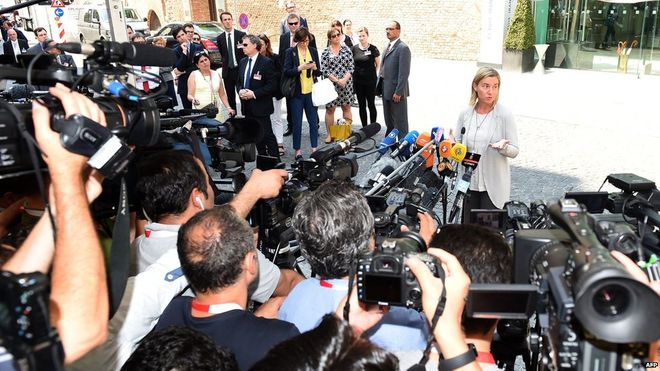 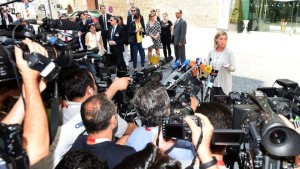 Optimism still dominates statements coming from Vienna but the announcement of a final deal continues to drag on. The one week extension that was fixed after the expiration of the June 30 deadline without a final agreement has been surpassed and delegates have asked for more days. The so-called P5+1 – the US, UK, France, China and Russia plus Germany – want Iran to scale back its sensitive nuclear activities to ensure that it cannot build a nuclear weapon while Tehran wants all international sanctions to be lifted.

EU’s foreign chief policy Federica Mogherini said the talks will go on “for the next couple of days” but was quick to add that “this does not mean we are extending our deadline” since it is only meant to provide the needed time “to finalize the agreement.” She hinted that the negotiations are “now getting into the difficult time” but a deal is still within reach with certain issues yet to be resolved.

Similar sentiments were also expressed by Russian Foreign Minister Sergei Lavrov who was quoted by Russian state news agency RIA Novosti saying that “we singled out eight or nine issues, fewer than 10, where we need to add the finishing touches.” He added that “very significant progress” had been made and a long-term accord could be ready “in a few days” because the focus is on getting good-quality agreements.

U.S Secretary of State John Kerry is hoping that a deal will be reached on Wednesday in order to submit it to the Congress on Thursday for approval or else the 30day review deadline will increase to 60.

Meanwhile, a spokesman for the Iranian delegation told AFP news agency it had “no deadline” for an agreement.