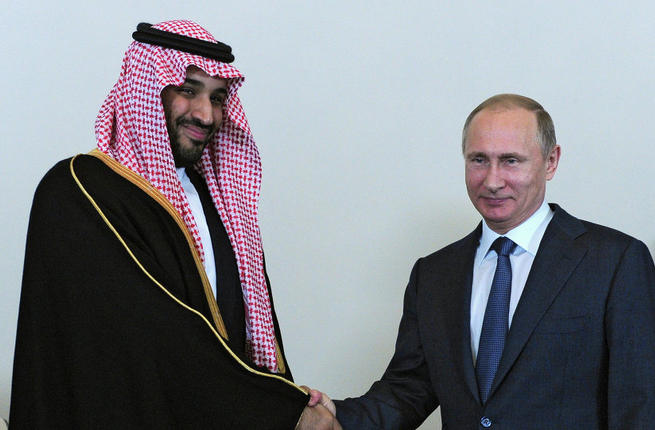 Saudi Arabia’s Public Investment Fund (PIF) and Russia Direct Investment Fund (RDIF) have concluded an agreement that will lead to a $10 billion investment in Russia. The deal is one of the biggest foreign direct investments sealed by the government-run RDIF and many more deals are expected to follow before the end of the year.

Speaking to reporters shortly after inking the deal, RDIF chief executive Kirill Dmitriev thanked deputy crown prince and defense minister Mohammad Bin Salman Al Saud for his “immense” role in pushing the deal forward even though he was tightlipped when asked if it was part of a political agenda. The investments will be oriented towards infrastructure, agriculture, healthcare, retail and real estate.

Dmitriev explained that “the first seven projects have received preliminary approval” and they are expecting to conclude 10 deals with the Saudis before 2016.

As part of the developments, a partnership agreement has been signed with the Saudi Arabian General Investment Authority (SAGIA,) a sovereign wealth fund. They will cooperate in finding “attractive joint investment opportunities” in the kingdom and within the Middle East.

Ties between Saudi Arabia and Russia reignited at the St Petersburg Economic Forum last month where Saudi Arabia was present with a large delegation.

The current environment seems to be a fairytale to Russia as Dmitriev stated that “sometimes the wind can help bring the ship to its destination” signaling that political issues might have helped sway Riyadh to Moscow after more than a year of luring by the latter.

Saudi Oil Minister Ali al-Naimi has said cooperation with Russia “will lead to creating a petroleum alliance between the two countries for the benefit of the international oil market” but analysts doubt if Riyadh will ever turn its back to Washington.