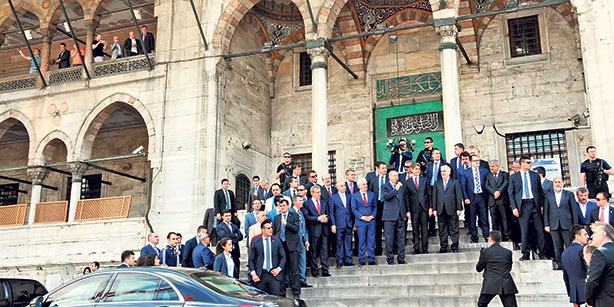 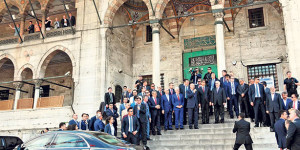 Tension is rising between AK Party leader Ahmet Davutoğlu and the Turkish President Recep Tayyip Erdoğan over the leadership of the AK Party following the June 7 elections non-victory of the AK Party.

Erdogan imputes the setback to the Prime Minister Davutoğlu’s lack of vision and poor competency.

Rumours emerging from the AK Party have it that there is no love lost between President Erdogan and Prime Minister Davutoglu after the heated discussion between the two last month at the President’s Huber Mansion in İstanbul.

Recep Tayyip Erdoğan who is pushing for new elections criticized the Prime Minister Davutoglu for not being up to the job to help the ruling party win the June 7 elections.

According to sources in the party, the power struggle between Erdogan and Davutoglu is heating debates inside the party.

The same sources say that Erdogan, who still has strong influence in the party, is seeking to change the party leader during the coming AKP congress.

Davutoglu was able to notch an agreement with Nationalist Movement Party (MHP) leader Devlet Bahçeli to form a coalition government and is determined to attend the party’s congress as Turkish Prime Minister.

The two figures also haggled about the election of the speaker of the parliament. Erdogan did not approve the election of İsmet Yılmaz who enjoyed Davutoglu’s support and vote. Erdoğan was pushing for the election of Education Minister Nabi Avcı as speaker.