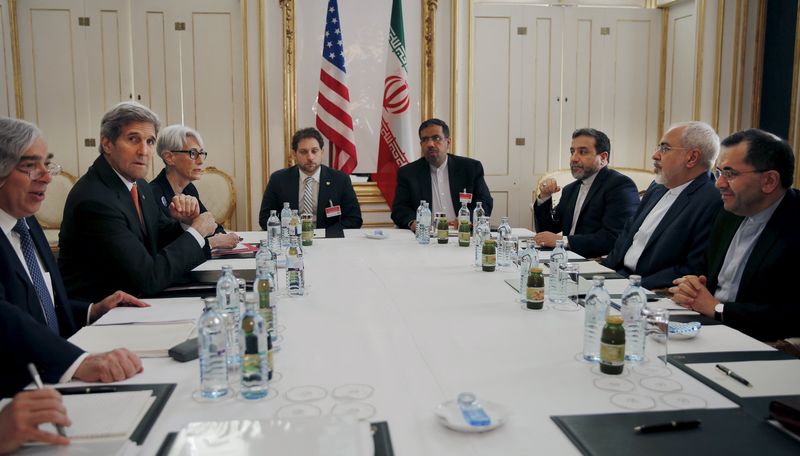 Negotiations between Iran and the so-called P5+1, which includes the US, UK, France, China and Russia plus Germany, will continue till 7 July after failing to reach an agreement before the expiration of the June 30 deadline. Hopes are high that an agreement could be reached as diplomatic sources hinted that the sides are closer to a deal than they have ever been although main issues such as the lifting of sanctions and granting access to UN nuclear inspectors continue to be stumbling blocks.

The talks are believed to be much more crucial after Foreign Minister Zarif was accompanied to Vienna, at the end of his consultation trip to Tehran, by Ali Akbar Salehi, head of Atomic Energy Organization of Iran (AEOI), and Hossein Fereidoun, President Rouhani’s younger brother and special adviser. Salehi’s presence is seen by observers as a serious desire from Tehran to reach a deal.

An optimistic Russian Foreign Minister Sergei Lavrov said that a deal is “within reach” and President Rouhani stated that “if the other side breaches the deal, we will go back to the old path, stronger than what they can imagine.” President Obama said the U.S could “walk away from the negotiations if… it’s a bad deal.”

However, the parties could fail to reach an agreement after Supreme Leader Ayatollah Ali Khamenei delivered a speech recently rejecting key demands at the ongoing talks. A final comprehensive deal is expected to be centered on the framework agreement that was reached in April. Khamenei insisted Iran would only dismantle its nuclear infrastructure if the sanctions were lifted first. He also ruled out a freeze on research and development for 10 years, as well as inspections of military sites.