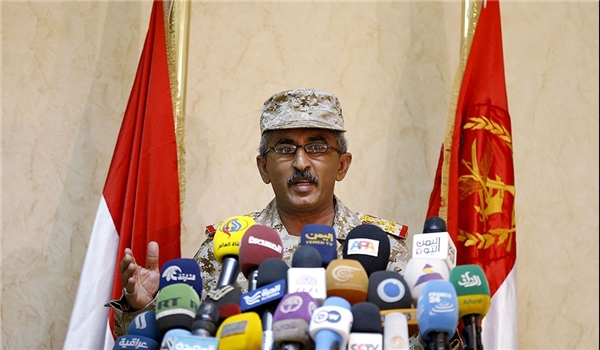 Houthis “rocket units” have launched Scud missile at the Al Sulayyil missile base in Riyadh province “as a response to the crimes of the brutal Saudi aggression,” Military spokesman Brigadier General Sharaf Luqman was quoted by the Yemeni state news agency Saba, under Houthi control, as saying.

It is unclear if the missile reached its target or not but the Tuesday Scud attack shows that the Houthis might be having a stock of such missiles.

Saudi Arabia had earlier this month reported that it had shot down a Scud missile fired into the kingdom by Houthis, in the first use of the missile in over two months of war.

Riyadh has in the past weeks called for a political solution to the Yemeni crises and urged the Houthis to comply before they miss the opportunity.

The Houthis seem however determined to continue fighting as Luqman warned that the missile attack “is another message to the forces of oppression” that have increased “their criminal air raids against our country.” He promised “new surprises in the coming days.”

The Saudi-led coalition has been carrying out airstrikes against the Houthi Movement and its allies since March 26 but fighting is still going on.

In the latest developments, a Monday car bomb attack targeted Houthi rebel chief’s brothers Faycal and Hamid Jayache but ended up killing at least 28 people. The attack was claimed by the Islamic State group. The explosion blew a crater in the road, took chunks out of nearby walls and left debris strewn across the street.

Extremist groups fighting in the Yemeni war are motivated by sectarian reasons rather than fighting for Hadi to come back to power.