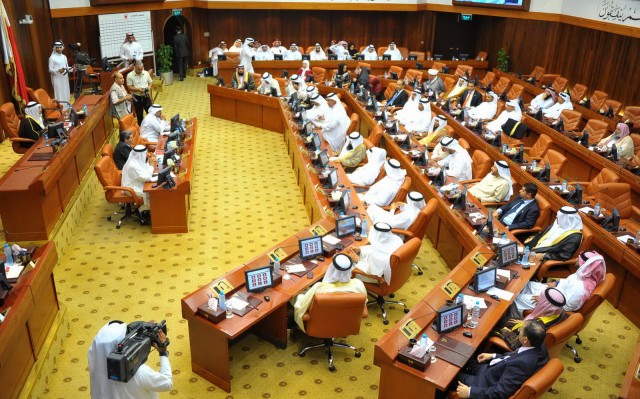 The tussle between the government and lawmakers over the 2015-2016 budget could soon be coming to an end after both sides agreed to make concessions.

The parliament’s financial and economic affairs committee approved a revised edition of the budget on Monday and the parliament is expected to have an extraordinary session on Thursday to vote on it while the Shura Council will have a similar session on Sunday.

One of the main stumbling blocks of the budget is subsidies but the three parties have agreed that the decision to remove any subsidy must be jointly approved in a tripartite committee.

The fall of oil prices have affected a lot of oil dependent countries and Chairman Isa Al Kooheji of the parliament’s financial and economic affairs committee said “we have a $60 oil price (on which to calculate the budget), which is lower than international market rates, yet we managed to get a bonus for pensioners and more funds directed towards projects.”

The low oil prices affect Bahrain’s subsidy and pension policies but the to-be approved budget increases the allowances of those with disabilities and pensioners.

After six months of delaying the budget, the members of parliament accuse government institutions of getting much more than they need. Chairman Khalid Al Maskati of the Shura Council financial and economic affairs committee said they want projects to be effective and cost-saving ahead of their meeting to consider the budget.