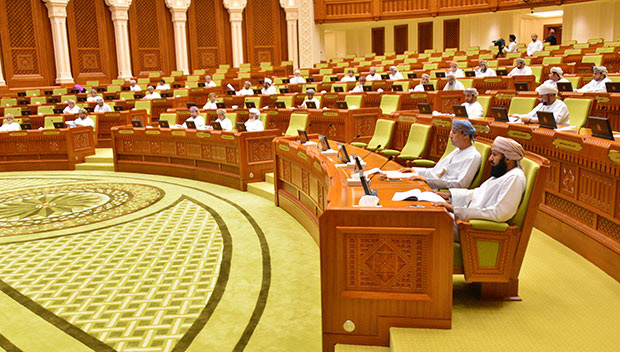 Some members of Oman’s Shura Council have decided to challenge the decision of the Interior Ministry to bar them from standing for the upcoming elections.

The ministry decided to blacklist some of the members in March and made references to the law to back its actions but the victims are claiming that government agencies and institutions don’t have the authority to take such decisions.

Ahmad Al Mamari, a lawyer for the Shura council members, warned that approving such a decision could lead to long-term negative consequences arguing that the barred members satisfied all the requirements of the Omani Basic Law.

Khalid Bin Hilal Al Bu Said, Undersecretary of the Interior Ministry, stated that the decision is in accordance with the law and claimed that the barred members failed to meet the necessary requirements.

Article 25 of the State Basic Law states that the right to litigation is protected and guaranteed for all nationals while Article 58 outlines that candidates must be Omani nationals, at least 30 years old, never convicted of a felony. Some of the conditions include not having affiliations with Oman’s military or security authorities and not to be suffering from any mental illness.

Hearing was due to begin at the Sohar’s Administrative Court on Monday but the barred members could also present their case to Sultan Qaboos in writing knowing that he could have an influence on the judiciary.

Salim Al Mashani, one of those affected by the ministry’s decision, lamented that stopping them from participating in the elections could generate confidence crisis between voters and the government. Salim Al Awfi, Humaid Al Nasri and Salim Al Mashani are all current members of the Shura Council who have been blacklisted for the upcoming elections.