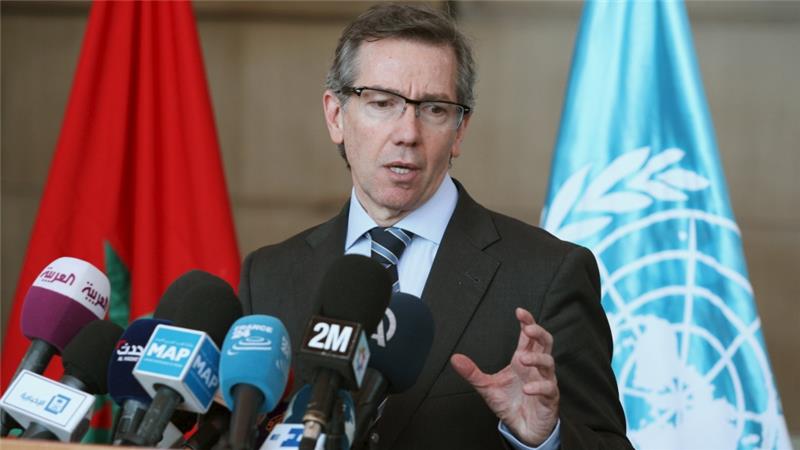 Libya elected Parliament in Tobruk agreed on Wednesday to sign the fourth UN draft but only if amendments are made to the document.

The UNSMIL last peace process round in Morocco ended with no agreement as the House of Representative based in the eastern city of Tobruk quitted the talks after they disagreed with the UN envoy Leon whom they criticized saying he was not neutral.

A Parliament session was held on Tuesday night with much focus put on the High Council of State, which, under the draft, would in effect be the upper house of the Libyan parliament.

“The House of Representatives agreed on amendments of the last draft by the UN with 66 out of 76 members voting,” lawmaker Tareq al-Jouroushi said on Wednesday.

Disagreement erupted on the issue of the High Council of State, especially its prerogatives and composition. Under the UN draft, the Council which will be made of 120 members will house 90 members from the GNC. Members of the House of Representative (HoR) opposed the proposal and want it to be slashed to 45 coming From the GNC.

As part of the conditions, the HoR want the High Council of State to be renamed as State Consultative Council and be based in the south of Libya.

“The committee has suggested placing the proposed Consultative Council in Sebha,”  Hamza Hamrooni from the HoR Presidential Office said.

Lawmakers at HoR also demand that the new State Council will not bear the authority to name important figures of the state namely the Governor of the Central Bank of Libya, the Public Prosecutor and the head of the Audit Bureau. They demanded that the HoR get vested with the appointment authority to these positions in the consultation with the Chairman and Vice-Chairmen of the State Council.

The HoR demands that the role of the Team of Dialogue should be reduced as well as its planned involvements.

The EU and the UN have been pushing Libyan rival groups to sign a unity government deal proposed by the UN, a way of ending open-ended fighting supported by uncontrolled militias.

Libya has also become a jump-off point for thousands of illegal migrants who start the perilous journey to the northern shores of the Mediterranean from Libyan coasts.