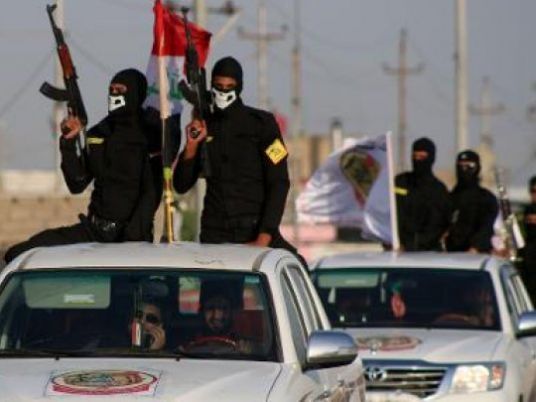 Pentagon rejected claims that it is working with Shi’ite fighters at Iraqi military base where Iraqi fighters are being trained to overcome Sunni Islamic State insurgent group.

Accused of backing sectarian fighting, US security officials acknowledged that there are Shi’ite fighters at Iraqi Taqaddum base where 450 US soldiers have been shipped for reinforcement but they denied working with them.

Pentagon spokesman Colonel Steve Warren Tuesday said that the number of Shi’ite fighters was very small and did not form a full unit. He continued saying that they did not interact with them.

Warren said the Shi’ite fighters are coordinating with the Iraqi government forces at the strategic base, and that the US made it a condition of troop deployment to the airbase that Shi’ite militia units be withdrawn.

“There were Shia militias units on Taqaddum at one point,” Warren added. But “one of the conditions for our arrival there was that these units move off Taqaddum airbase”.

Iraqi forces have lost major cities including Ramadi now in the hands of IS insurgents. Washington accused Iraqi forces of failing to fight the rebels saying they were not fit to fight.

Many militia groups mostly Shi’ite, supported by the US’s rival Iran, have been fighting on the side of the Iraqi forces.

Western allies have urged the Iraqi government to enlist Sunni tribes into the fighters so to beef up the army, a way to avoiding sectarian fighting. That also could help unite the forces against one single enemy, the IS group.