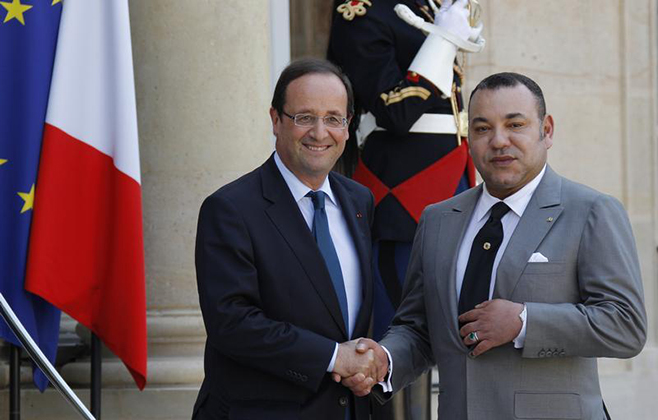 French MPs approved Tuesday a landmark bill related to judicial cooperation with Morocco, France’s major trade partner and strategic ally in the Maghreb, Africa and around the world.

With the endorsement of the new bill overhauling mutual judicial assistance between France and Morocco, the two countries have proven once again that their relationship can weather political storms and always emerge stronger than ever from predicaments.

The Heads of State and political leaders of the two countries, sharing longstanding ties of friendship and cooperation, have never fretted about the special ties despite some skirmishes and frictions from time to time.

It is absurd to suggest that a momentary squabble over some political issues or a diplomatic brawl might destroy decades of ideological kinship and friendship between Rabat and Paris.

The importance of this bill lies in the fact that it was passed by a majority vote despite hostile campaigns and lobbying supported by some French hardliners and funded by arch enemies of the North African nation.

The text comes after Moroccan-French relations were strained for a while, raising serious concerns of the business communities from both sides. The couple’s relationship soured following the heavy-handed investigations by French prosecutors into allegations of rights violations involving some high-ranking Moroccan officials.

Sensing the valuable importance of intelligence sharing and cooperation with the North-African country in the fight against radical Islamist terror cells, France reached out to Morocco which responded favorably.

This flurry of visits helped to put back relations on the track, culminated by the visit paid last February by Moroccan king Mohammed VI to Paris and his meeting with French President François Hollande at the Elysée.

The Paris meeting between the two Heads of state signaled the end of a year-long diplomatic spat between the two countries which decided to open a new page in their relationship and signed an agreement to re-start their legal and judiciary cooperation.

According to some analysts, this episode shows clearly the strength of the French-Moroccan relationship which is based on shared values of democracy and common cultural legacy, revved up by sound economic partnership, strategic, political, technical and military cooperation.

Needless to say that a stable Morocco serves also the interest of France and French businesses as the country is emerging and evolving into a regional industrial platform and a gateway for investment in Africa and the Middle-East.