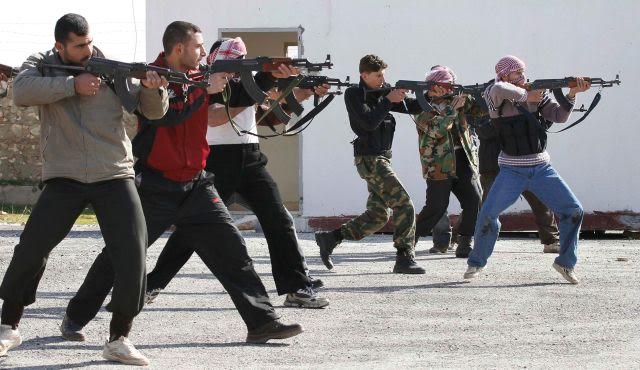 Some of the Syrian rebels being trained by the U.S military to fight against the Islamic State have abandoned the program after they became aware that they can’t take part in battles against the Assad regime, according to reports.

The Pentagon affirmed on Monday that rebels receive between $250 and $400 monthly according to their skills, performance and leadership position.

Forces loyal to Assad, opposition rebels, Islamist groups, Kurds and the Islamic State are all fighting in Syria.

Although President Assad has been the focus point of the rebels when the war started, the rise of the Islamic State led to rebels focusing more on halting its penetration into Syria from Iraq without forgetting Assad.

Washington seems to be much more concerned about neutralizing the threat posed by the Islamic State in the region after reports emerged that the rebels undergoing training were asked to sign a contract agreeing not to fight the Syrian government of President Bashar al-Assad. It led to the withdrawal of some of the trainees from the program but Navy Captain Scott Rye, a spokesman for the Combined Joint Interagency Task Force-Syria, refuted the reports. He claimed that those “volunteers” who left the training program were among those who came without any identity papers, or being underage or unfit for training. He said that an entire group withdrew after several weeks of training but didn’t say the reasons behind the decision as he only considers it as “a one-time event.”

Washington is planning to train around 5000 Syrian rebels and Defense Secretary Ash Carter said in May that they would receive “some compensation.” Participants have to sign a commitment to promote respect for human rights and the rule of law, a mandate issued by the U.S. Congress.