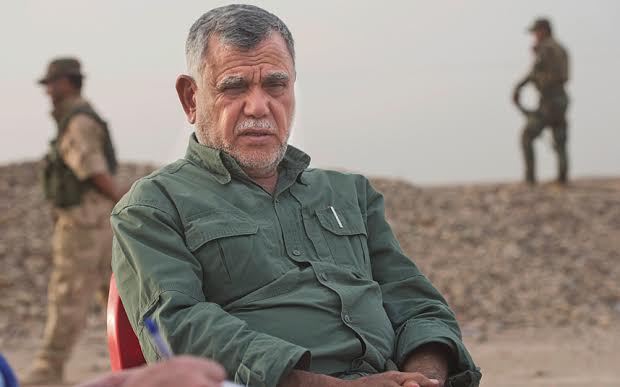 Hadi al-Ameri, commander of an umbrella group of Shia militias known as the Popular Mobilization Units, has questioned the efforts of the U.S and its allies because “there are no real airstrikes against ISIS headquarters” in Iraq.

The extremist group took over the important city of Ramadi last month and the government plans to force them out but Ameri deplored that collation airstrikes in Ramadi are “not very effective.”

The U.S does not collaborate with Shia militias during operations because it believes that they are not controlled by Baghdad but Ameri claimed that all his group’s operations are approved by the Prime Minister. Washington is also concerned about the negligence of civilian casualties by the Shias and a senior U.S defense official said targeting ISIS without taking into consideration the civilians will mean “lowering our standards against collateral damage,” or civilian deaths, would “do serious damage to our overall strategy and effort.”

ISIS hides in residential areas to avoid airstrikes but Ameri believes bombarding them there is “part of war” adding that Americans “killed many civilians” when they invaded Iraq under Saddam’s regime.

The U.S fears that supporting Shia militias during battles could lead to Sunnis joining the Islamic State which could further worsen the situation. Last Friday, al-Ameri hosted the U.S. Ambassador to Iraq Stuart Jones at his house in Baghdad’s heavily protected Green Zone.

“We expect more from the Americans,” Ameri said boasting that they could overcome ISIS in Ramadi in a couple of weeks once they finish fighting the “battle of Fallujah.”

Fawaz Gerges, a professor of Middle Eastern politics and international relations at the London School of Economics, said Iraqis believe the U.S is not doing enough and ISIS is winning the propaganda war.