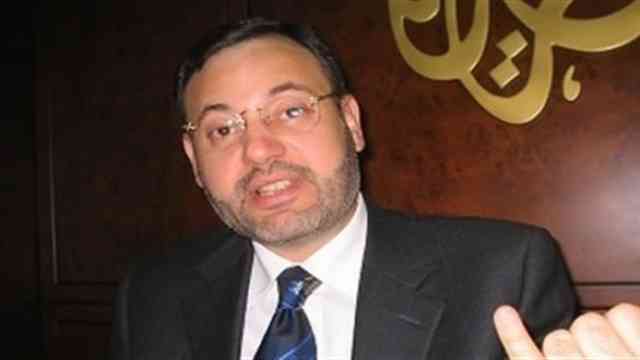 Egyptian journalist Ahmed Mansour, who was detained Saturday in Germany following a warrant issued by Egyptian authorities, was freed Monday by German prosecutors who found no grounds for his detention or deportation.

Mansour was arrested while trying to board a Qatar Airways flight at Berlin’s Tegel airport on his way to Doha.

Following his release, Ahmed Mansour, who has a dual Egyptian and British citizenship, expressed his appreciation to German judges and thanked all those who supported him in his ordeal.

The Al Jazeera journalist star was convicted in absentia in 2014 of torturing a lawyer in Tahrir Square in 2011. He denied the charges saying they are “all fabricated”.

Cairo accuses both Doha and al-Jazeera network of supporting the Muslim Brotherhood, branded as a terrorist organisation by the Egyptian authorities following the removal of Islamist president Mohamed Morsi by the military establishment.

The arrest of the Egyptian journalist comes two weeks after the state visit paid to Berlin by Egyptian president Abdel Fatah al-Sisi. Several German MPs from various political parties, including some from the coalition government, called for his release.

Three journalists of al-Jazeera – Baher Mohamed, Mohamed Fahmy and Peter Greste – spent more than 400 days in prison following their arrest in Cairo in late 2013. They were later on released on bail.