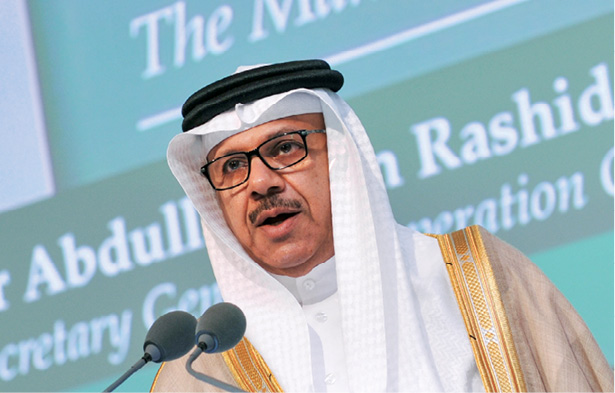 Secretary General of the Gulf Cooperation Council (GCC) Abdullatif Al Zayani has deplored the failure of the UN-brokered talks held last week in Geneva in a bid to find a peaceful resolution to the Yemeni crisis.

The Geneva peace talks between Yemen’s warring parties (Houthi rebels and representatives of Yemeni exiled government) collapsed after negotiators failed to reach a humanitarian truce at least during the holy month of Ramadan.

He also renewed the GCC members’ full support to the legitimate President Abd Rabu Hadi Mansour and his government.

The six-nation GCC group– which includes Saudi Arabia, Qatar, Kuwait, Bahrain, Oman and the United Arab Emirates — was set up in 1981 as a security alliance to counter post-revolution Iran.

The oil-rich Sunni Arab monarchies accuse Shiite Persian Iran of seeking to destabilize their regimes by inciting their indigenous Shiite communities to stage demonstrations during the Arab Spring.

In a bid to stop the advance of the Houthi militias, Riyadh and its Arab allies formed a military coalition and launched airstrikes targeting the Houthi sites.

During the Geneva talks, the Houthi delegates refused the withdrawal from the zones they captured as demanded by the government-in-exile. The rebels say they cannot leave areas they have taken because they fear al-Qaeda will step in.

According to NGOs and press reports, the Yemenis are suffering from acute shortages of food, fuel and medicine because of the turmoil in the country.