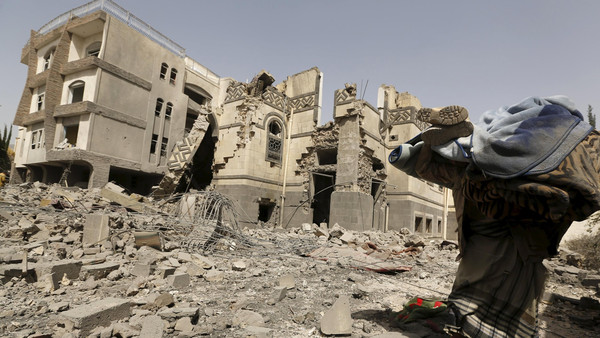 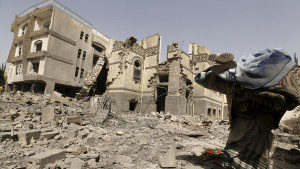 Yemeni capital city of Sanaa was rocked Wednesday by a series of deadly car bombs that targeted shia mosques and the Houthi political headquarters.

At least 31 people were killed and over 140 others were injured in coordinated attacks carried out by jihadists of the Islamic State of Iraq and the Levant (ISIL).

The bombings took place as Muslims around the world were preparing for the start of the holy month of Ramadan and as the Yemeni peace talks currently held in Geneva made no progress on the second day of UN-sponsored meeting.

The Houthis gained control of Sanaa in September, forcing President Abd-Rabbu Mansour Hadi and his government to flee the country. In a bid to stop the advance of the Houthi Shia rebels, backed by Iran, Saudi Arabia and its Arab allies formed a military coalition and launched airstrikes.

The Houthis, who support ousted President Ali Abdullah Saleh, say they are in favour of a truce but refuse to pull out of the zones they captured as demanded by the government-in-exile headed by Abd-Rabbu Mansour Hadi, who is backed by Saudi Arabia.

So, the Yemeni people hope the Geneva talks will lead to a cease-fire at least during the month of Ramadan, paving the way to a broader peace deal.