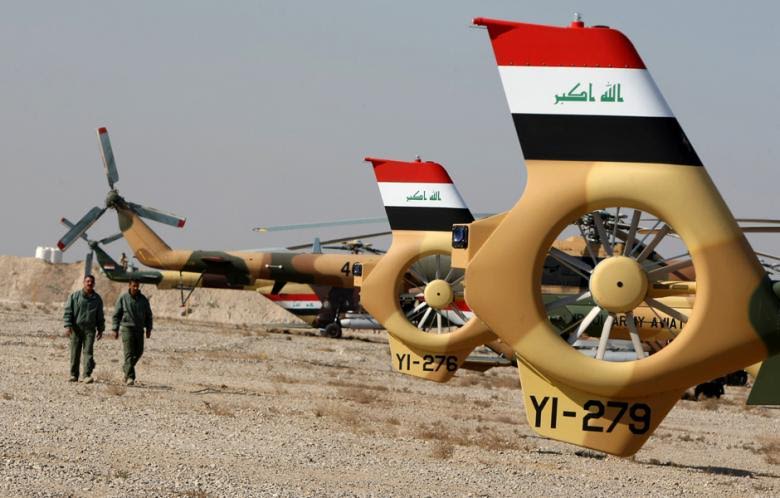 A twitter account used by the Islamic State of Iraq and Syria (ISIS) has claimed that an Iraqi fighter jet that was conducting a raid on areas north of Ramadi has been shot down on Thursday.

The government refuted the claims but Reuters reported that a member of an anti-ISIS Sunni force called Sahwa (Awakening) said a Russian-made Su-25 was seen in flames as it crashed after being shot down north of Ramadi.

The claims of the IS group could not be independently verified as it continues to control the area despite government plans to push it out.

The Iraqi defense ministry frowned at media outlets that reported the story calling them “biased” before denying the reports.

“Our aircrafts from the air force or the army carried out successful flight duties and on a broad front of fighting with the forces of ISIS and no plane was hit at all,” the defense ministry said in a release. ISIS militants seized Ramadi last month and the city is a focal point of efforts to slow the group’s advances in Iraq.

The release pointed out that publishing such “false news” is part of an “unjust psychological warfare waged by some media backing terrorism” although it didn’t name those partaking in it.

Baghdad has struggled to overcome ISIS despite the airstrikes of the U.S.-led coalition and Iranian-backed Shia militias helping it in its efforts. Government forces are being trained by foreign military officers but the morale seems to be low due to unpaid salaries and lack of heavy weapons. The government also lost the support of some of the tribal leaders to ISIS and that has proven to make its counter offensive plans more difficult.