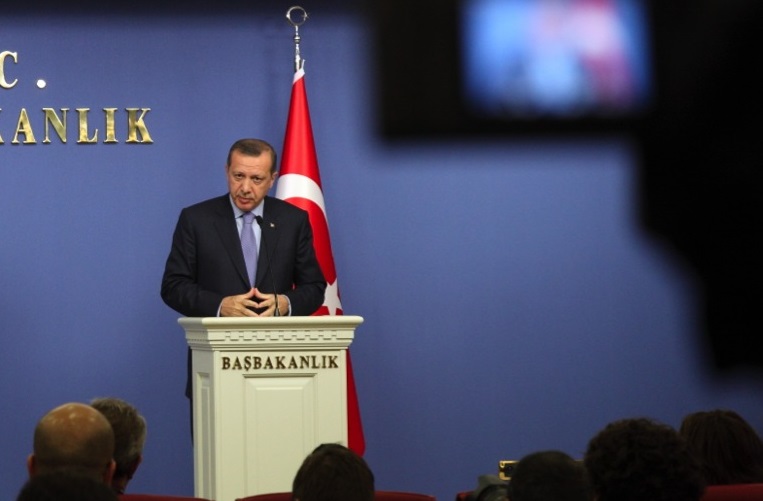 Speaking at a graduation ceremony in Ankara, President Erdoğan called on rival opposition parties to put aside their ego and work quickly towards the formation of a government in order not to leave Turkey in uncertainty.

“That’s why everyone should leave their egos aside, [and] a government should be formed immediately within the framework of the constitutional process, and this process should continue from where we left off with the perception that ‘continuity of the government is essential’,” Erdoğan said. “No one and no political party has the right to say ‘me’; we need to say ‘us’,” he said.

Erdoğan’s AKP party failed to secure the absolute majority that would have allowed it to form a single-party government. AKP will therefore need to form a coalition government or go singlehandedly to a minority government.

Erdoğan who did not make any public appearance since the elections, hailed the participation of the Turkish people and let it that he got the message.

“What came to pass is the will of the people. Everyone should respect this. The election results show a political scene according to which a single party cannot form the government. This doesn’t mean Turkey will remain without a government,” Erdoğan said.

He held a two-hour meeting on Wednesday with Deniz Baykal, a deputy for the main opposition party, the Republican People’s Party (CHP) which cruised through the elections.

Deniz Baykal as the oldest MP is expected to chair the first session of the new parliament.

According to Baykal, Erdoğan looked very inclined for a coalition government to emerge.

“I have the impression that Mr. President is in favor of the formation of a government as soon as possible and that he is open to evaluating all possible options,” said Baykal. “It is the political parties that are responsible for forming a coalition. When the parties agree among themselves, it would be out of the question for the presidency to block it,” Baykal said after meeting Erdoğan on Wednesday.

Erdoğan is expected to officially ask Prime Minister Ahmet Davutoğlu to form the new government once electoral authorities have published the final results of the polls, which may not be until next week.

The AK Party will either form a coalition government with an opposition party, a process that could take many weeks, or try to go it alone in a minority government.