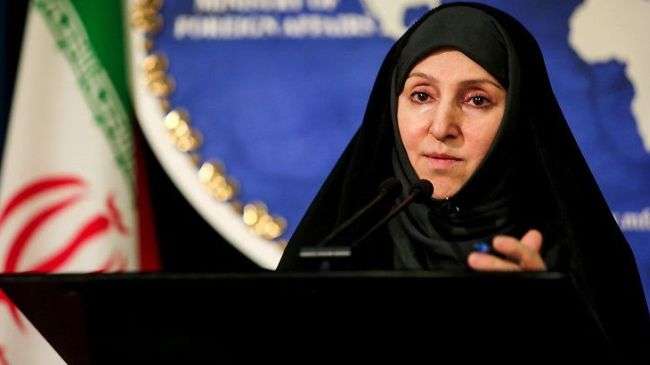 The Iranian foreign Ministry reiterated on Wednesday that Tehran is not funneling fighters into Syria to shore up the embattled Assad regime gripped by a four-year long fight with ISIL insurgents.

The denial came from the spokeswoman for the foreign ministry, Marzieh Afkham who rejected reports indicating Iran provides Damascus with troops to overcome ISIL fighters.

“The Syrian government and people have the capacity to resist and will continue to do so”, said Afkham.

Reports from international observers and experts say that Iran provides Syria with military fighters, advisers as well as with financial support.

These claims have been tallied by a Syrian security source that acknowledged on June 3 that “thousands of Iranian and Iraqi fighters have been deployed in Syria to bolster the defense of Damascus and its surroundings.”

“The goal is to reach 10,000 men to support the Syrian army and pro-government militias,” added the source.

Teheran has repeatedly turned down these accusations.

The U.N. announced on Monday Iran spends around $6 billion to support its ally, the Assad regime.

Nadim Shehadi, the director of the Fares Center for Eastern Mediterranean Studies at Tufts University estimated that the numbers were even higher and argues that in 2012 and 2013 the Islamic Republic spent between $14 and $15 billion in both military and economic aid to the Syrian regime.

President Obama in a recent interview with Israeli channel 2 downplayed Iran’s financial sponsorship to Syria and its allies in the region.

“The great danger that the region has faced from Iran is not because they have so much money. Their budget — their military budget is $15 billion compared to $150 billion for the Gulf States,” Obama said.

US Treasury Secretary Jack Lew last week appeased allies’ worries about a future deal between Iran and P5+1 countries saying that Iran’s financial capacity is limited and could not generate uneasiness in the region though the US needs to be on guard.