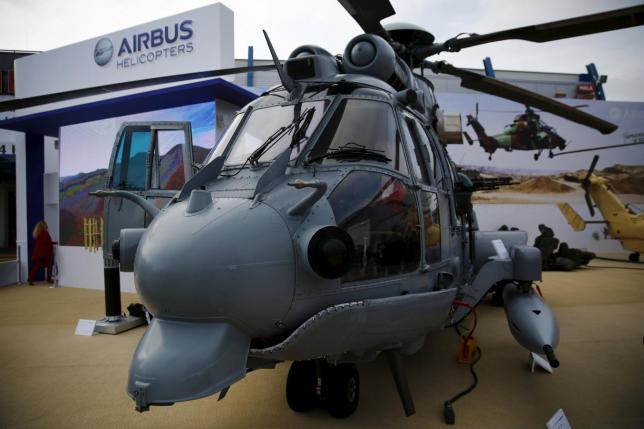 Kuwait is about to boost its military forces with 24 Airbus military helicopters according to the French President François Hollande’s office.

The contract to be finalized soon is worth around €1 billion.

The French army uses the Caracal helicopter to transport soldiers including its special forces. Gulf countries have been increasing and renovating their military arsenals in the past few years to reinforce their security capabilities as regional conflicts and terrorism are on the rise and France has become one of the major suppliers after sealing more than $15 billion of military contracts in the region.

The announcement of the €1 billion deal was made after President Hollande and Amir Al-Sabah had a telephone conversation to discuss bilateral relations and issues of mutual concern such as Kuwait’s security, and regional security and stability in general.

A French Defense Ministry official claimed that the deal was agreed upon during last week visit of Defense Minister Jean-Yves Le Drian to Kuwait and that discussions on the matter started between Amir Al-Sabah and Hollande during the Riyadh Summit in May.

The increase in French military deals in the region is seen as the withdrawal of U.S engagement in the Middle East. “Arab countries clearly see that the United States is less interested and less present in the region so they need partners and the partner that seems most reliable today is France,” said a senior French official.

Kuwait is deeply concerned about its security although it has been able to avoid the turmoil and terrorist attacks going on in other countries. On Tuesday, the government briefed the parliament on the security measures in place, shifting away from extremism and sectarianism and reinforcing Assembly-government cooperation in security fields