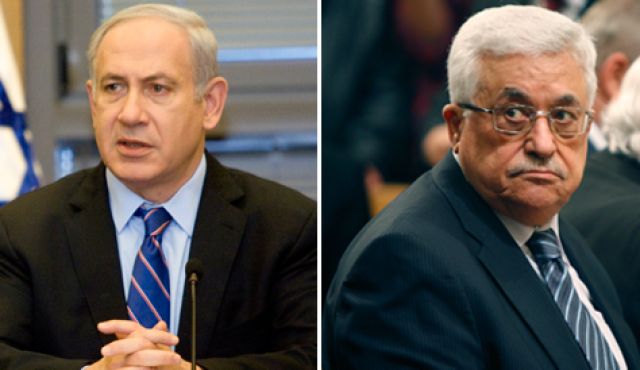 Palestinian-Israeli talks could not be resumed unless settlements in the occupied territories are stopped.

This was the reply of Palestinian President Mahmoud Abbas to Netanyahu’s call to resume negotiations with Palestine “without preconditions.”

President Abbas replied to Netanyahu from Serbia on Wednesday. He told reporters that talks could only be held if settlements in occupied territories are stopped.

“Israeli settlement activity in our territories must stop to resume the negotiations.” “This is a legitimate demand and the whole world respects it,” he said.

Israel has been implementing systematic settlement projects in the occupied Palestinian territories and it has often led to tensions.

Abbas accused Israel of “’Judaisation’ activities in Jerusalem that bury its Islamic and Christian religious identity and features.”

He added that the political, economic and security arrangements between Israel and Palestine should be reviewed.

Since the collapse of the negotiations in April 2014, Palestine has been doubling its efforts for international recognition.

On Monday, a U.S Supreme Court decision rejected a law that allowed listing  ‘Israel’ as the place of birth on passports belonging to American citizens born in Jerusalem.

Palestinian authorities hailed the decision as a reminder to Tel Aviv of its continuous violation of international law.

The ruling will send a message to the Israeli government that “Jerusalem is an occupied territory,” said Palestinian Authority chief negotiator Saeb Erekat.

In his statements to reporters in Serbia, Abbas urged Israel to release the Palestinian prisoners languishing in its jails and to commit to agreements rather than violating them. Abbas also reiterated his refusal of any temporary resolutions or borders in a peace deal.