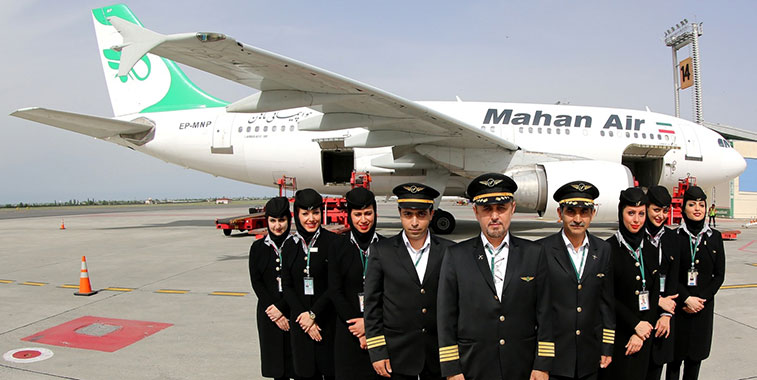 Head of Iran’s Civil Aviation Organization (CAO) Alireza Jahangirian has warned the U.S that Tehran will take legal actions if ever it blocks the first of the eight A340s and one A321 second-hand aircrafts that will become operational in the coming weeks under Mahan Air. The early warning is due to the possibility of the U.S seizing the aircrafts at international airports since Washington included Mahan Air in its sanctions and pointed out that its assets are “blockable.”

Jahangirian didn’t go into the details of the legal actions being planned in case such a situation occurs stating that “as long as flight permits have not been issued and a disruption has not taken place, we cannot make a definite assertion.” He said that it is “impossible to seize the new Iranian aircraft” under international laws although they are waiting to see “to what extent those laws are being implemented and which countries are trying to show their force to other states.”

Reports have claimed that the A340s would be used first on short routes such as linking Tehran and Dubai or Istanbul before taking long-haul routes. Observers claim Iran’s two-engine aircrafts lack the approval to fly on long-haul and the four-engine A340s will help to provide services in that aspect.

Sanctions have crippled Iran’s aviation sector and it is now operating with ageing aircrafts. The acquisition of Mahan Air by Iran from two aviation companies based in Iraq and the UAE led to sanctions targeting the airline since October 2011. Mahan Air is Tehran’s second carrier after flag carrier Iran Air. Jahangirian has said Iran needs to buy up to 500 passenger planes in the next 10 years to renovate its fleet.