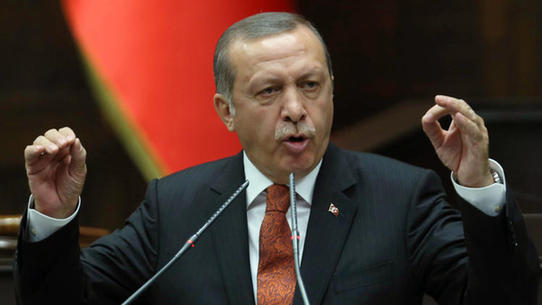 The conservative ruling party of Turkey, Justice and Development party (AKP) of President Recep Tayyip Erdogan, has lost the majority in the Parliament, according to the official results of the general election held Sunday in the country.

AKP, which gleaned more than 49 per cent of the vote in the 2011 poll, obtained this time only 41 pc, shattering Erdogan’s dreams of getting more powers to tighten his grip on the country.

The secular opposition Republican Peoples Party (CHP) came in second winning 25 pc of the vote followed by the nationalist MHP with 17 pc.

This result will force Mr. Erdogan to form a coalition government and speculation is running high over which party will join the next Turkish cabinet.

Though it lost parliamentary majority, AKP, which was founded in 2001 by former president Abdullah Gul together with Mr Erdogan and other leaders, remains the main political force and player in the country.

However, it seems that the party has lost its luster in the country after it was hit by some major corruption scandals involving AKP politicians and businessmen.

Turkey’s parliamentary elections of 2015 were marked by the historic gains made by a new pro-Kurdish party, the Peoples’ Democratic party (HDP), representing the minority Kurds and left-wing liberals.

The HDP will enter parliament for the first time after having won 11.7 per cent of the vote, preventing AKP from getting a majority and dashing Erdogan’s ambition of setting himself as a powerful president.