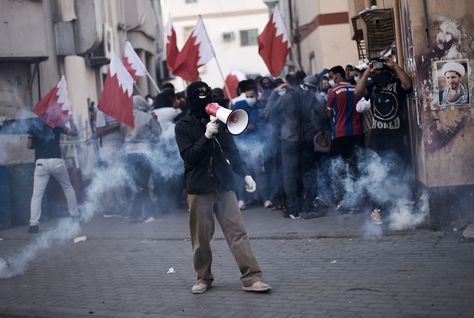 Authorities in Bahrain claimed on Sunday they had dismantled a Shi’ite terrorist group they suspect being behind last year terrorist attacks that killed two police officers and an official from the United Arab Emirates.

The group known as Saraya al-Ashtar is, according to Bahraini authorities, an anti-government group sponsored by Iran which has been responsible of several attacks against the Sunnite-majority kingdom.

The group aims at destabilizing the kingdom. The two leading figures of the group, identified as Ahmed Yousif Sarhan and Jassim Ahmed Abdullah, are currently in Iran. Twelve other members of the group have been arrested.

Three of the arrested confessed that they had been trained in Iraq and by the Hezbollah brigade and had been contacted by Sarhan and Abdullah.

Bahrain had been rocked in the 2011 Arab Spring by the uprising of the Shi’ite minority which was demanding more freedom and privileges.

Investigations are underway to prosecute the 12 arrested terrorist.